After much deliberation, I had just about decided on the final layout of the van – more on that later. But before that could start, it was time to return to finishing off the insulation of the Van. As mentioned previously, I’d bought a roll of Thinsulate Insulation, which whilst expensive is very lightweight and seemingly the best stuff around. After some measuring, it was time to start cutting the roof sections, ably watched by the whiskery site foreman: 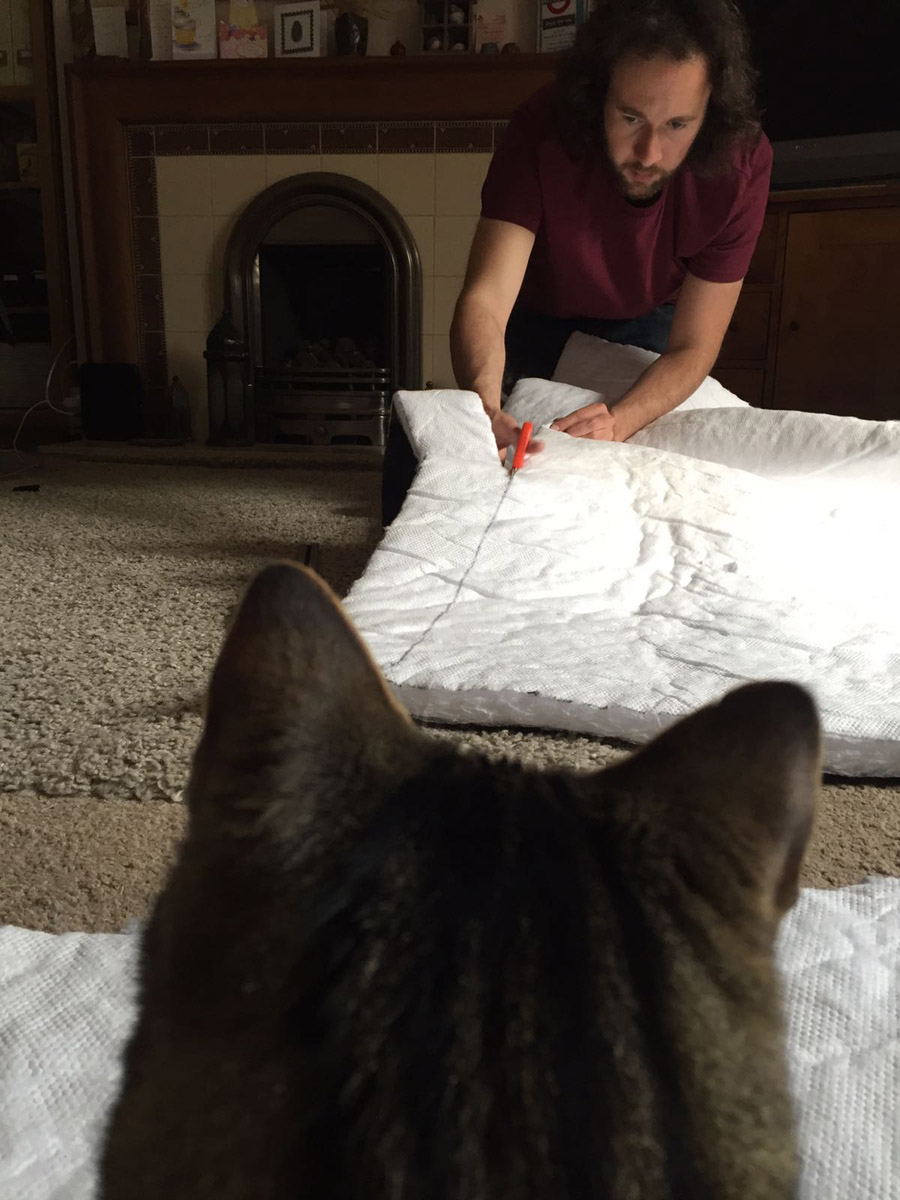 Much testing of the insulation was required, and it passed with flying colours. Thanks for the hard work, Seamus: 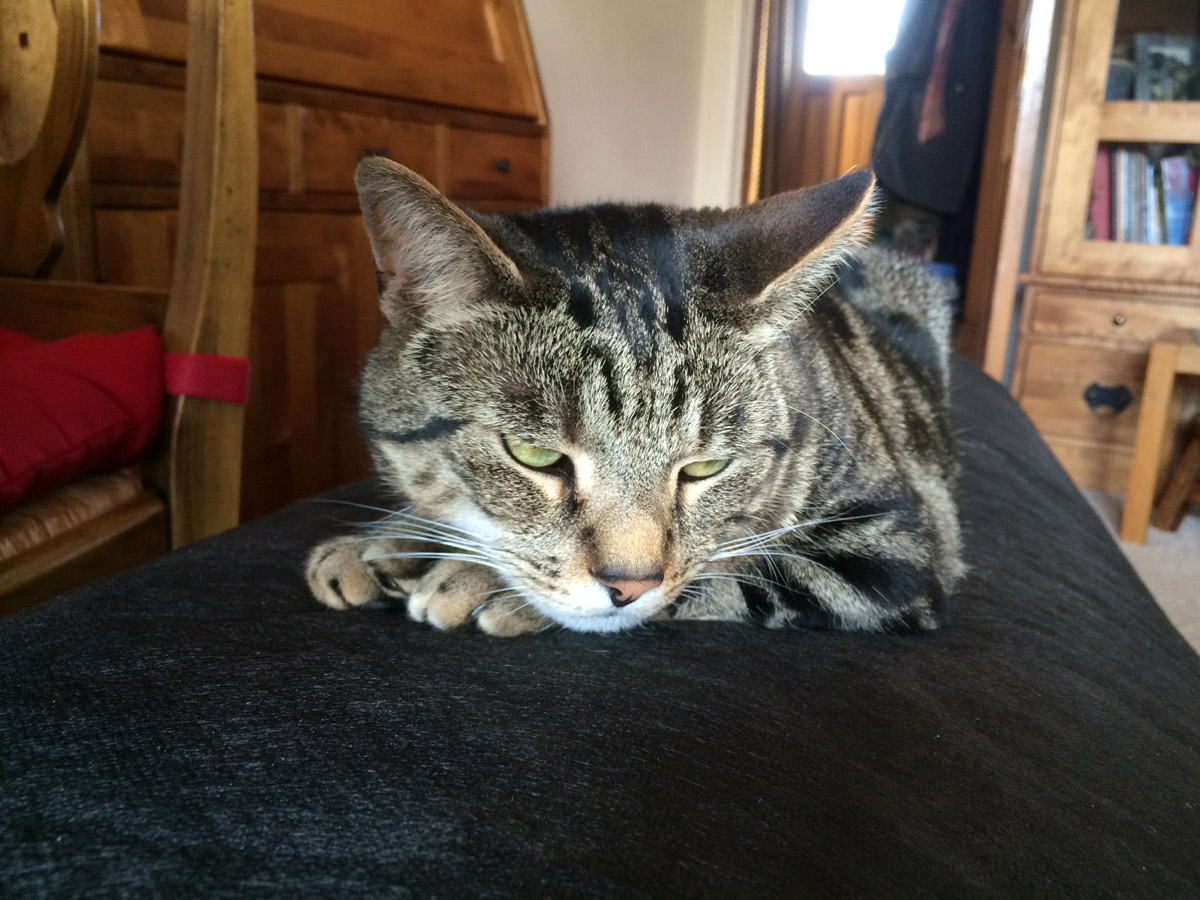 Time to get some Trimfix high temp adhesive on: 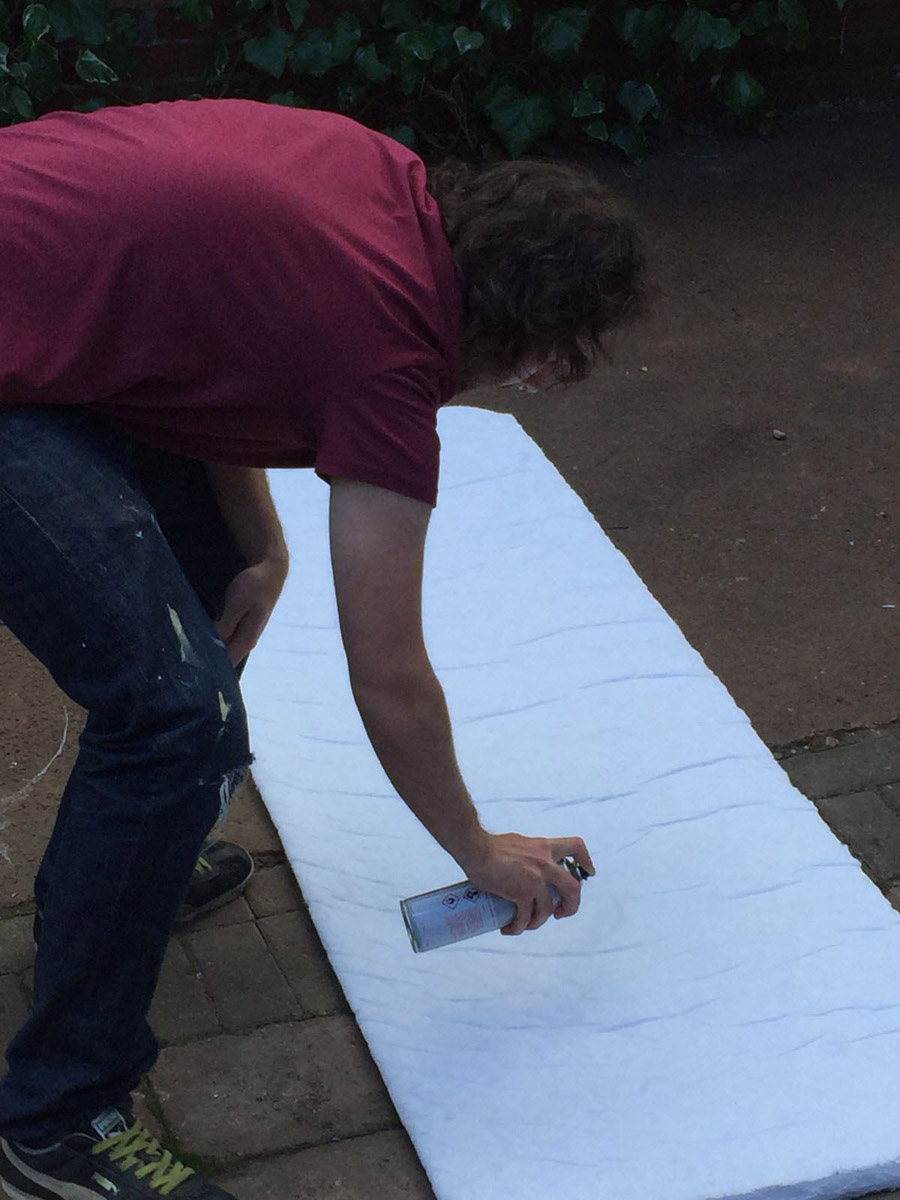 And one of the big side panels going in: 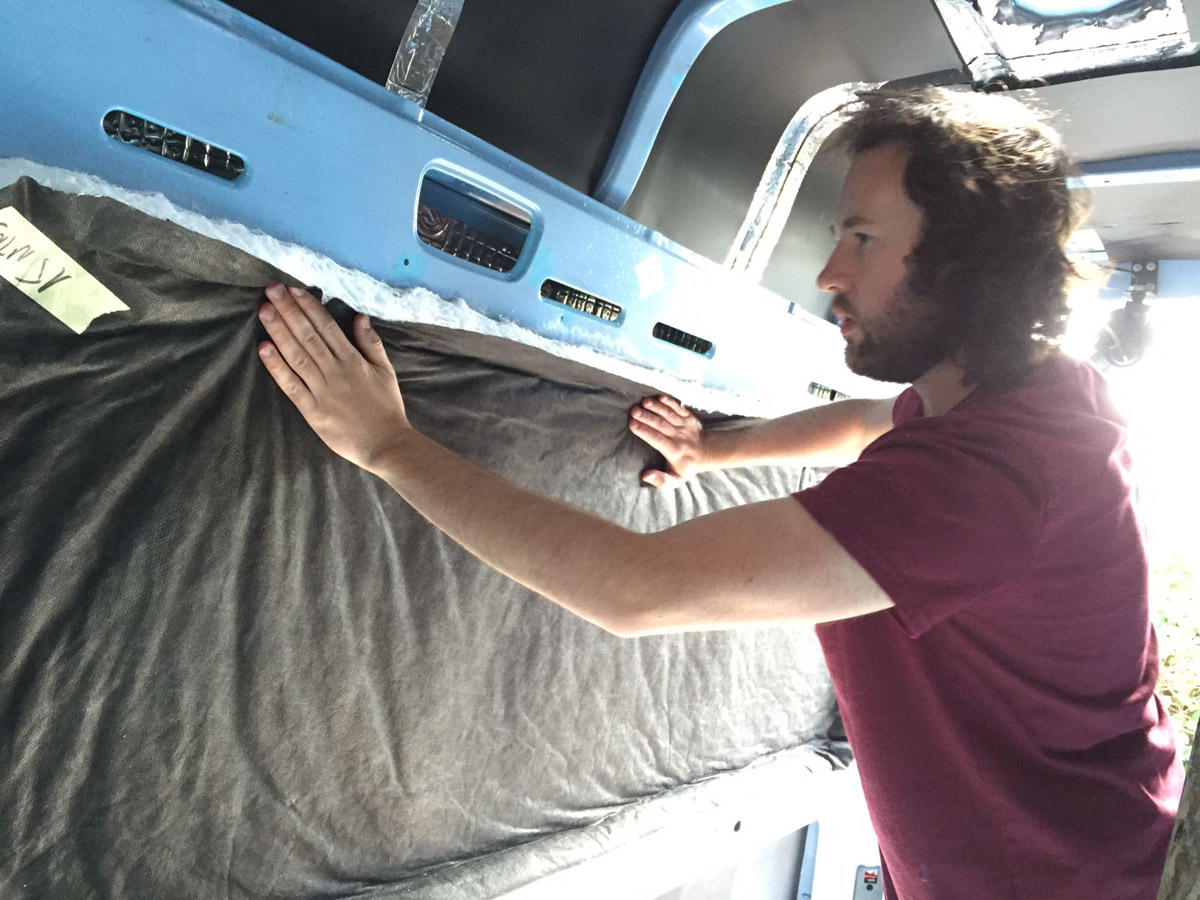 The beauty of the Thinsulate stuff is it can be removed from the black fabric backing and stuffed into all of the cavities and ribs around the van: 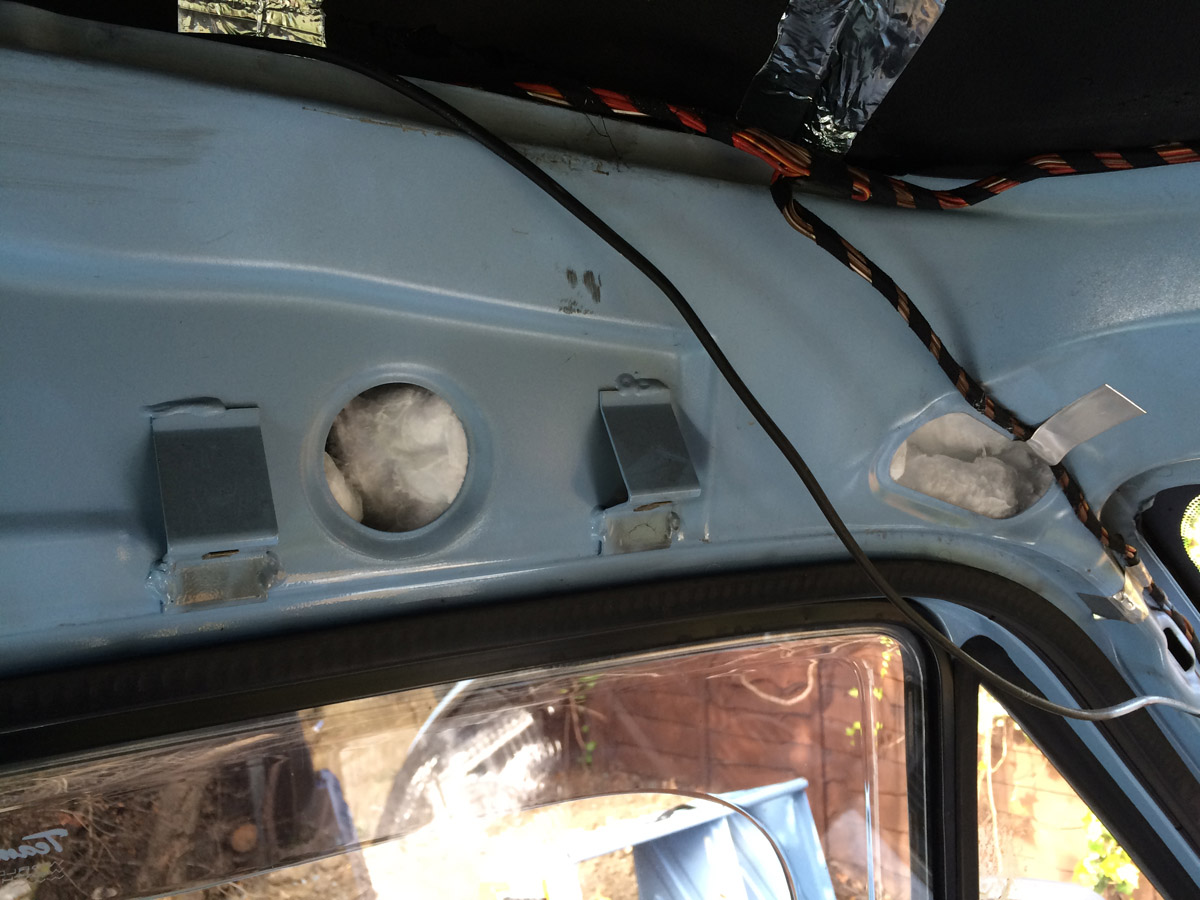 The roof panels going in – arguably the most important ones to get maximum coverage on. Felt like the van was getting wrapped in a massive duvet: 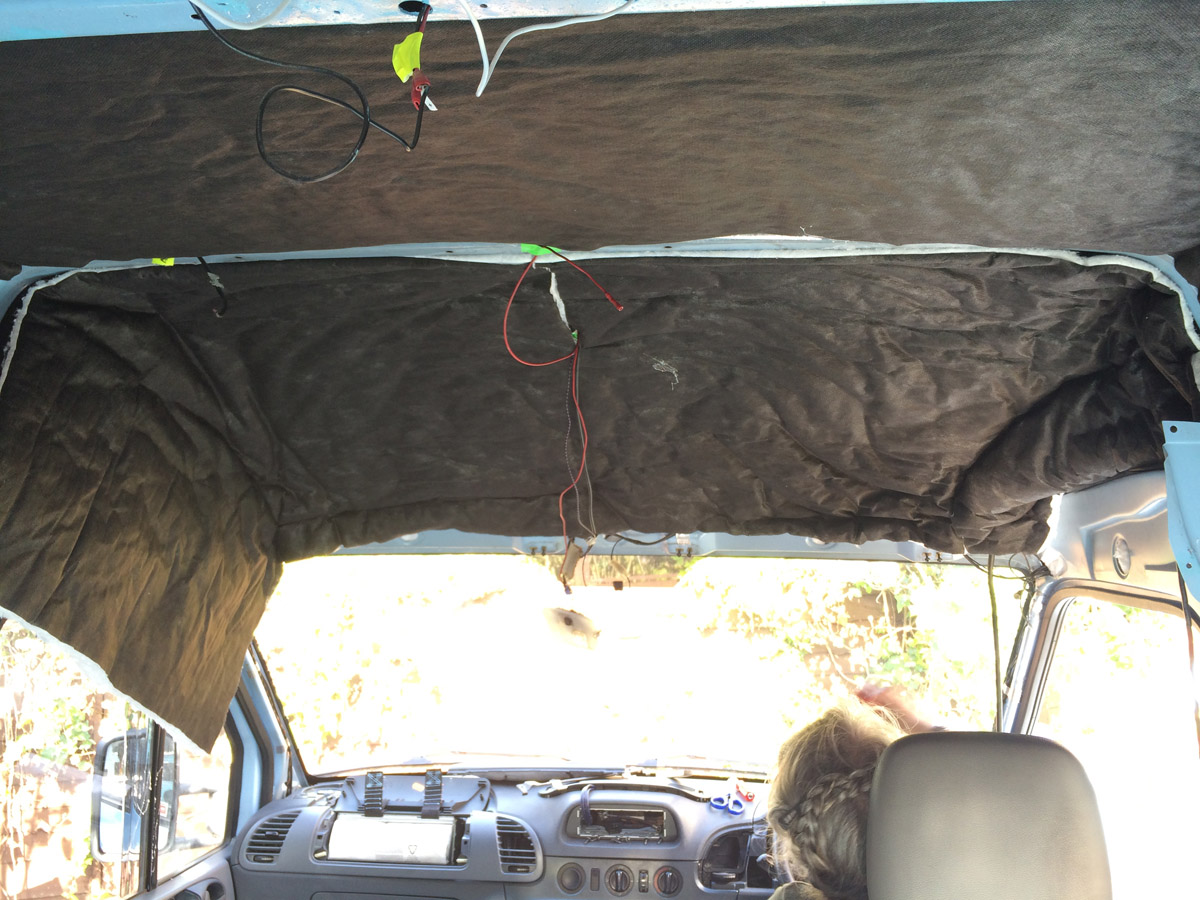 And the rear wheel arch boxes getting lined too. 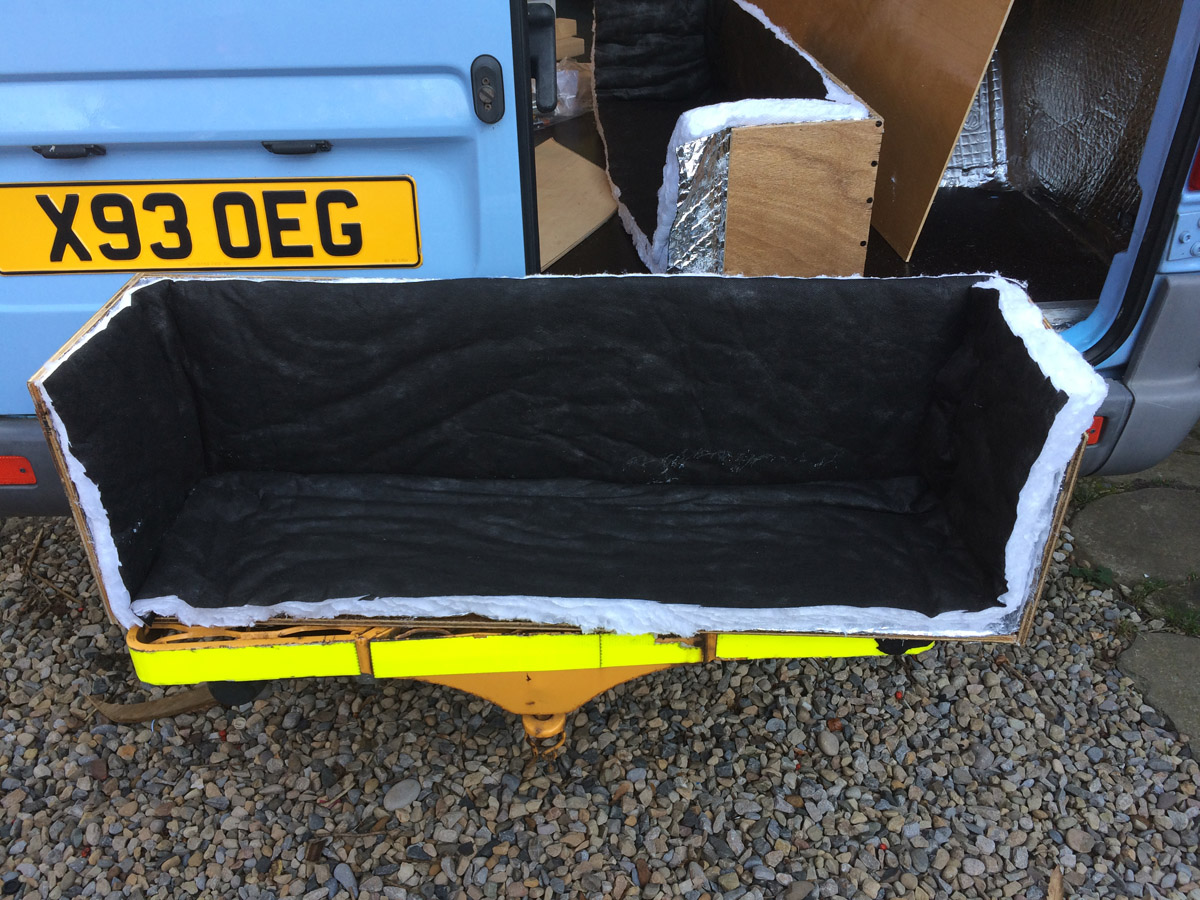 OK, you get the idea about the Thinsulate. Now, onto starting the layout! I agonised over countless different options for the interior space, some were pretty standard and others were downright ridiculous – a low roofed shower/toilet area that you could only site down in was left on the drawing board. Probably for the best. The main challenge was fitting the darkroom in as well as the bathroom, whilst still keeping a reasonably sized bed that didn’t require making up before use.

Here’s a sketch of the final layout: 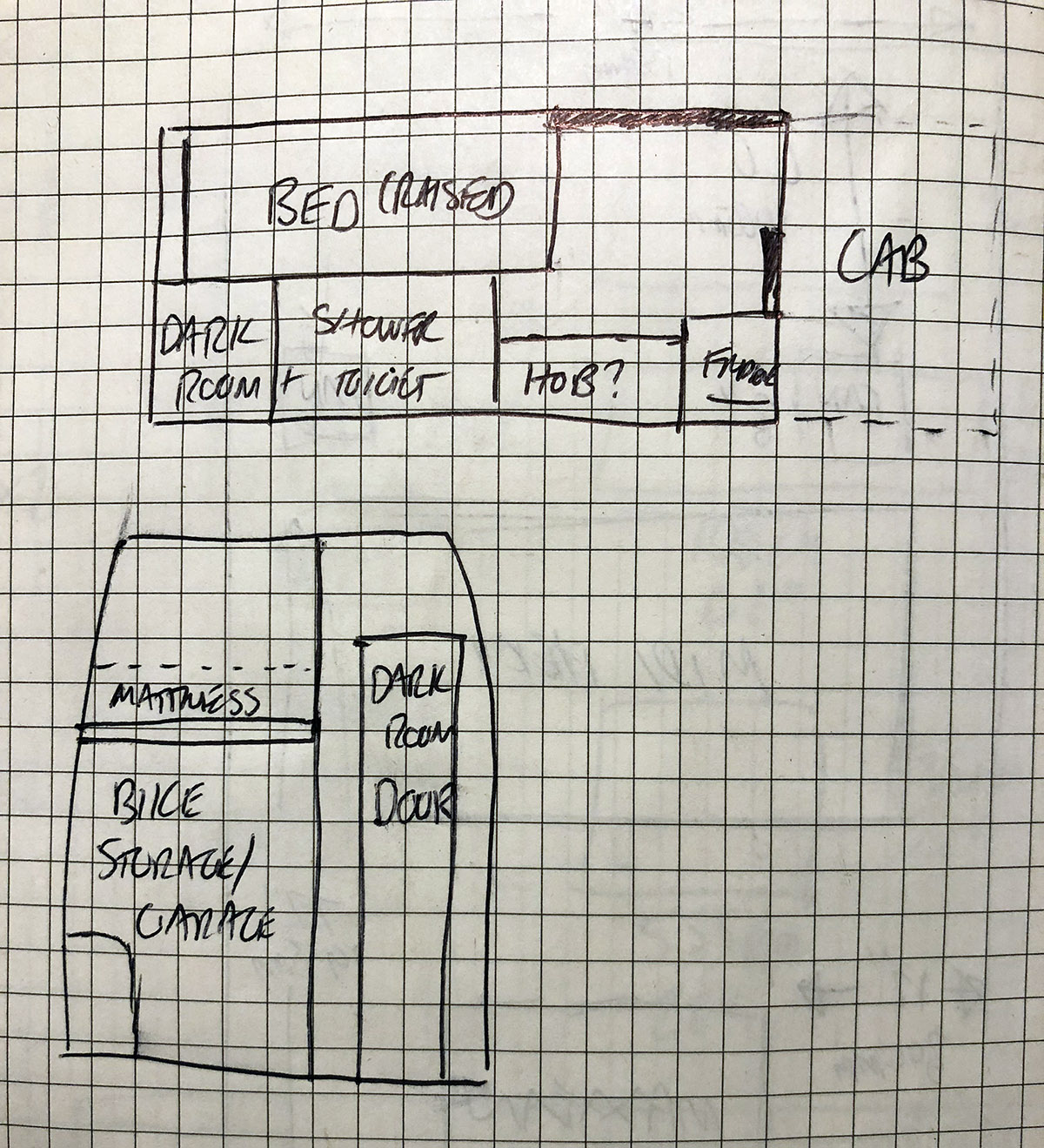 First job was to build a frame for the shower and toilet trays which are butted up against the driver’s side wheel arch: 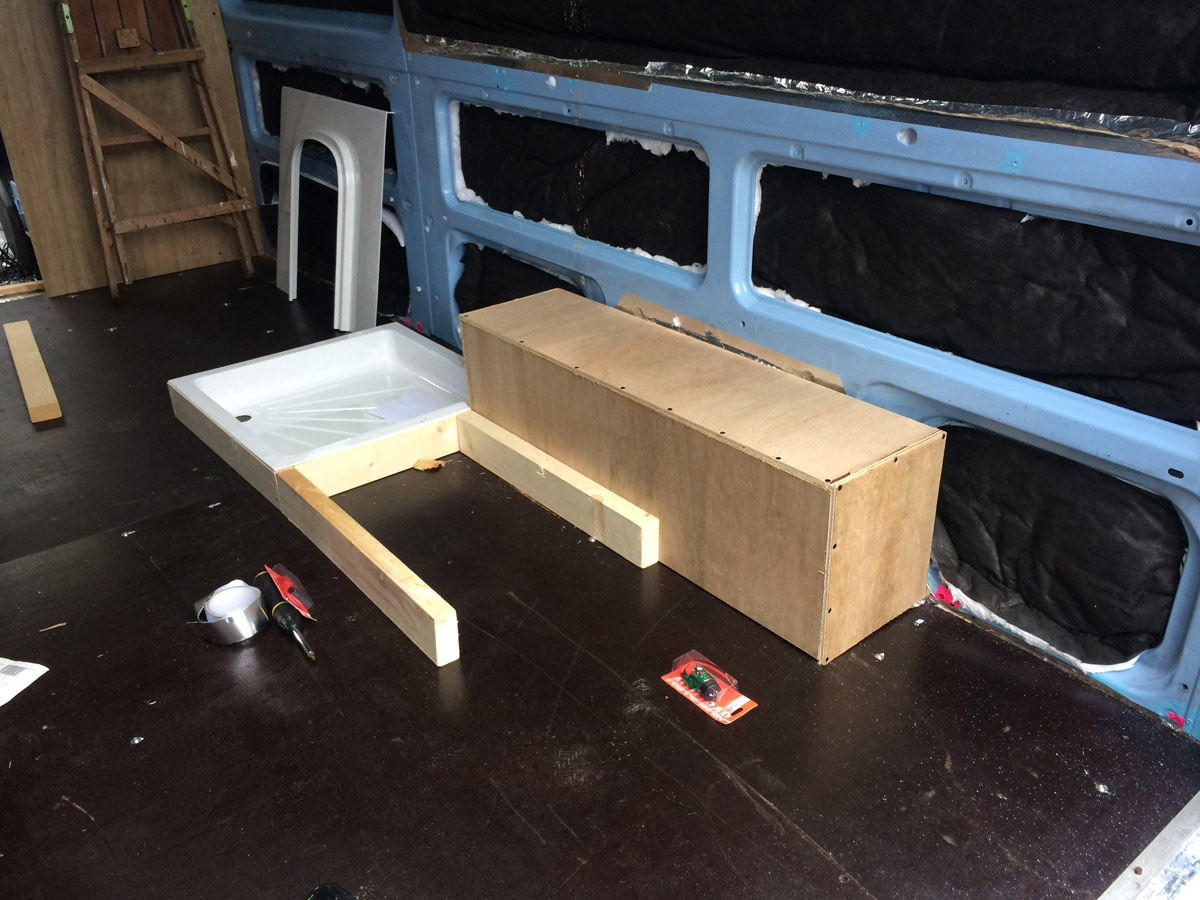 Trial fit of the toilet, a Thetford C200. Holds plenty of….waste…and the seat swivels too. Wow. 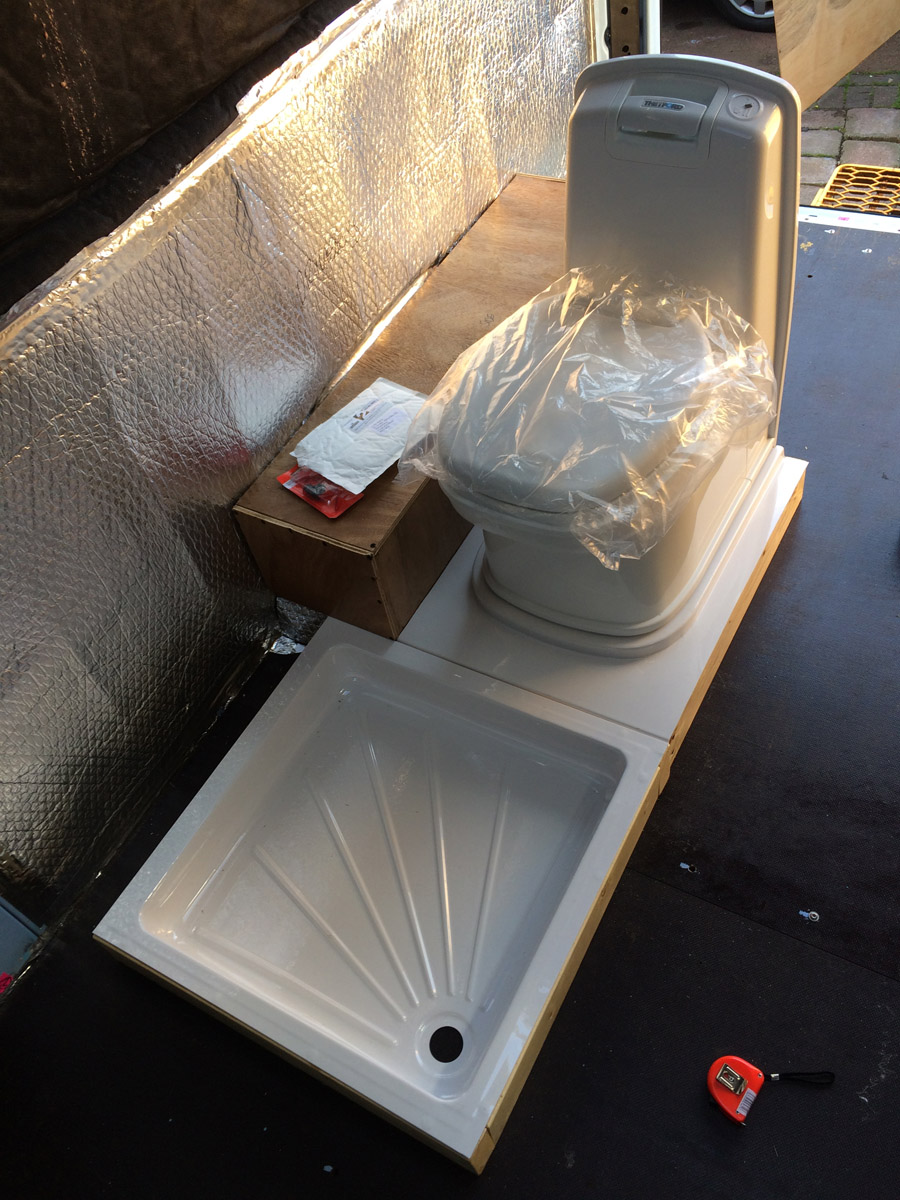 I put a thin spacer of ‘wood’ under the tray so as not to have too much flex of the shower tray when standing in it. This was bonded on with Sikaflex, as was the tray to the wooden frame: 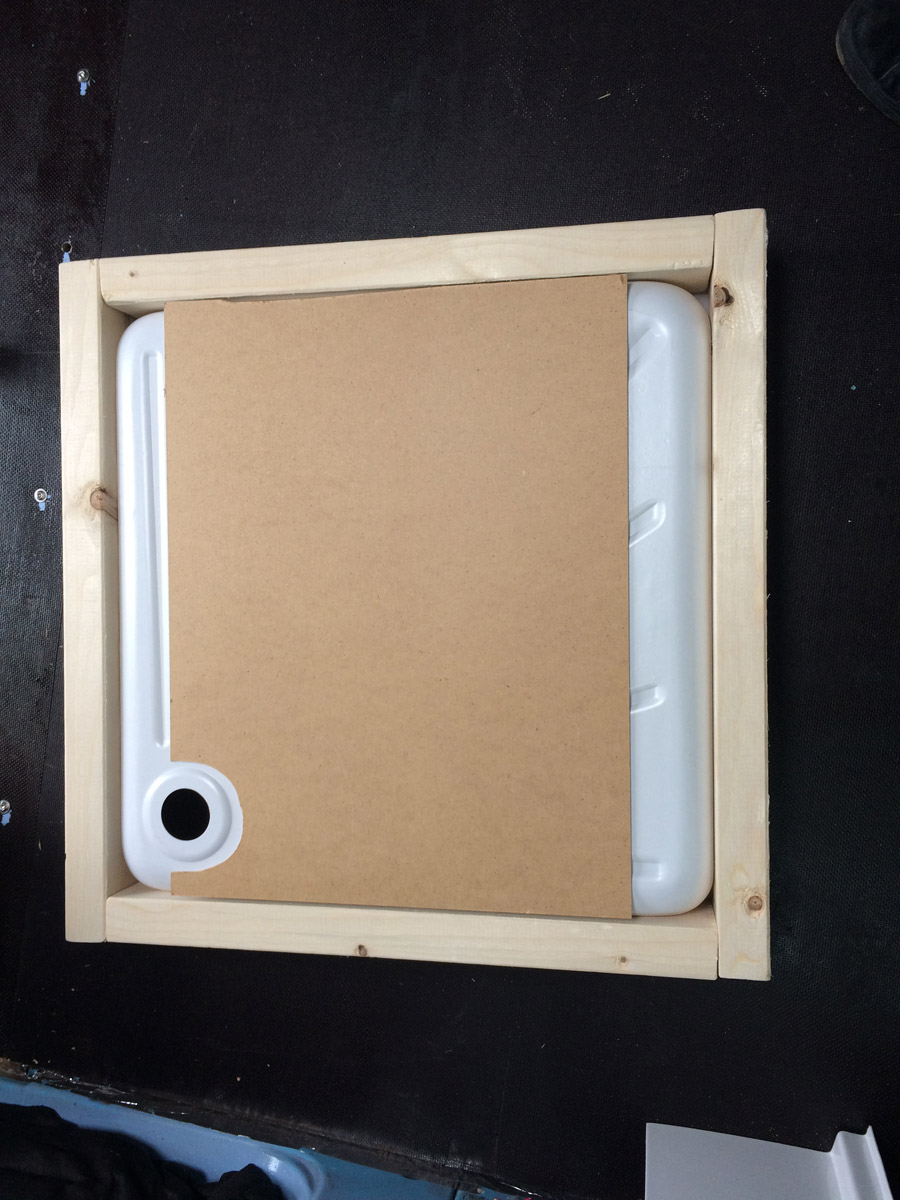 Next step was to make a start on panelling all of the insulation in. I made sure I’d run any wires in behind this panelling before attaching: 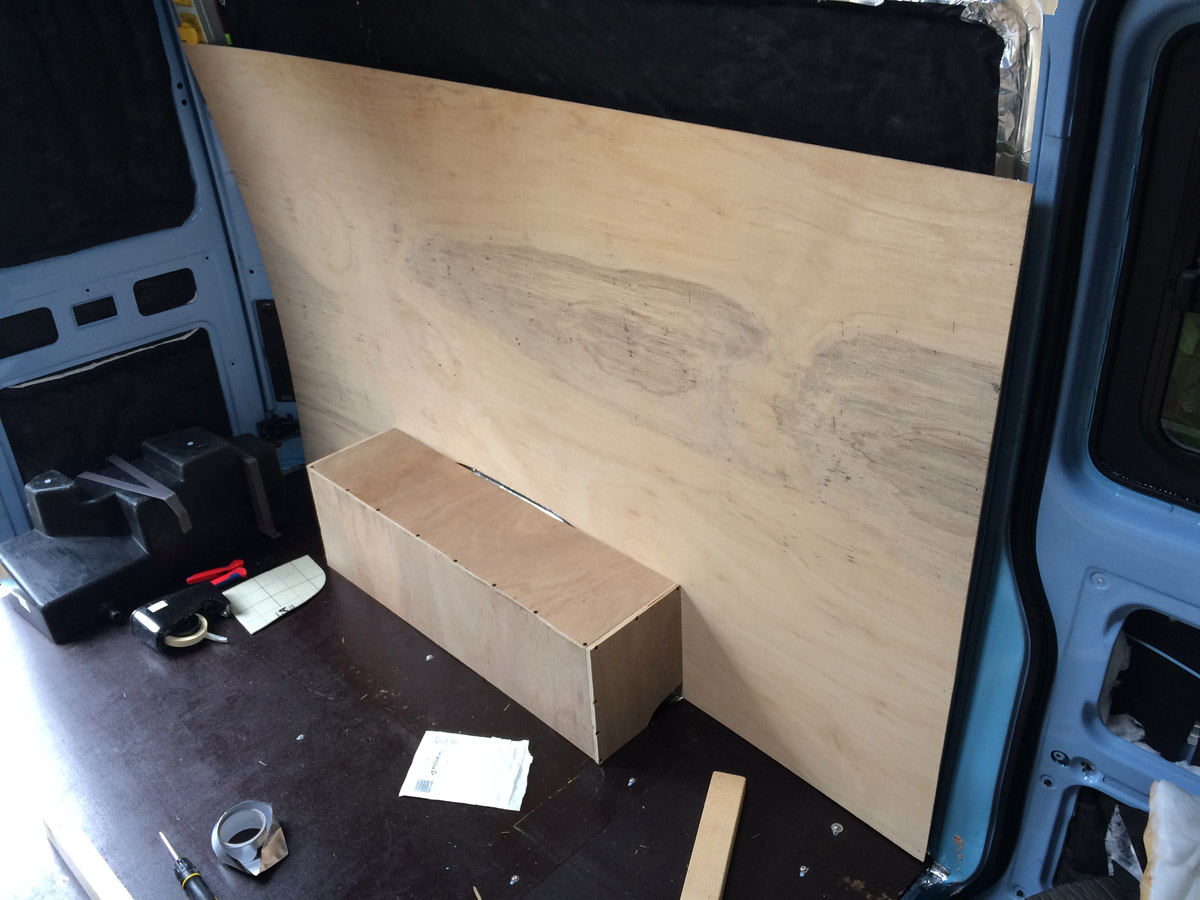 Note the wooden battens behind the plywood, this is to enable me to attach the partition walls securely where the van frame does not appear: 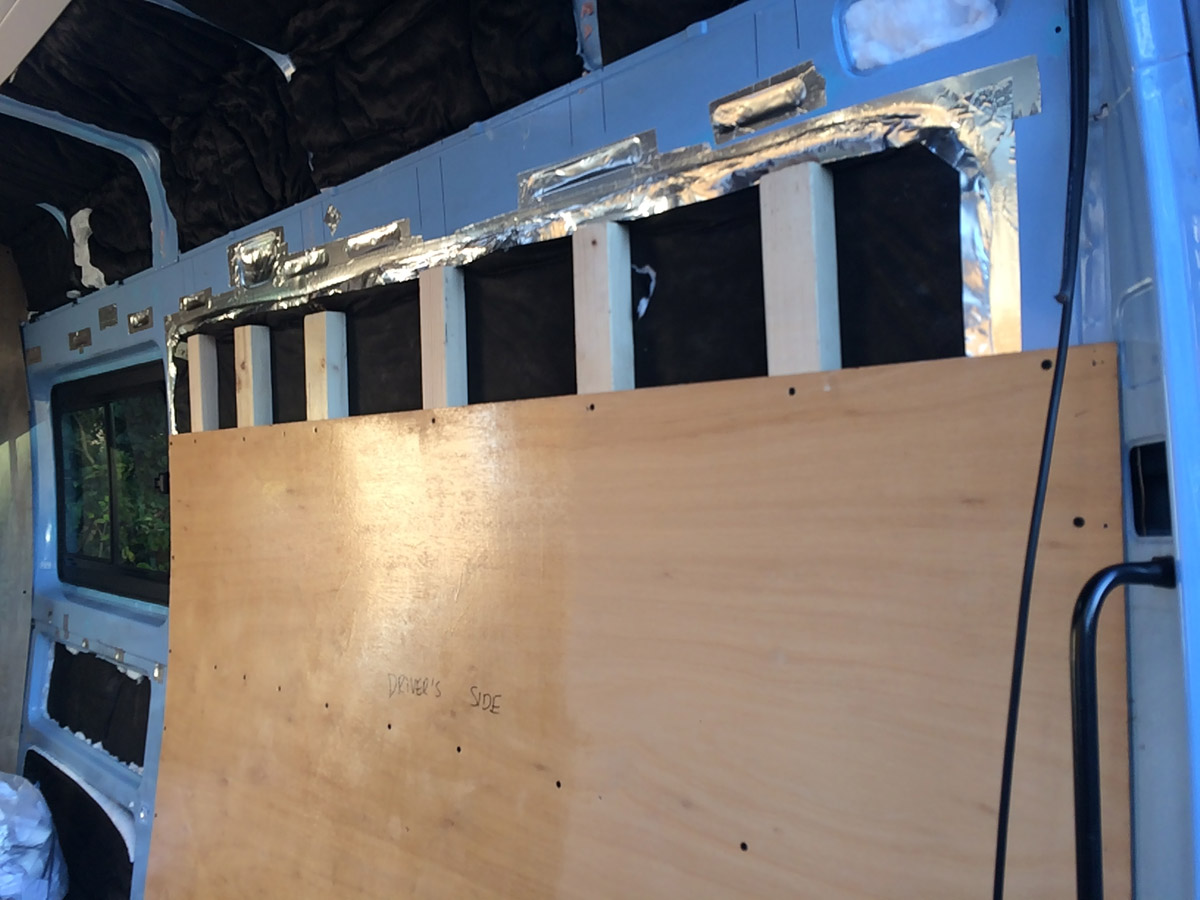