Been chipping away at various bits of the van, not really anything completed worthy of a post until now though.

The last of the cutting into the roof, hopefully/thankfully. I needed two extra vents on the roof to accommodate extractor fans in both the bathroom and the darkroom. after looking at plenty of options, and not wanting a flimsy white plastic caravan vent, I went down a marine based route.

Two Stainless Vetus Portos mushroom vents were chosen for their low profile and durable construction. Build quality and finish appears to be excellent, pleased with the choice I made here. Pretty straightforward installation, ideally I would have had them closer to the front of the van, but didn’t want to cut directly into those fragile Sprinter roof seams so mounted them right on the edge. 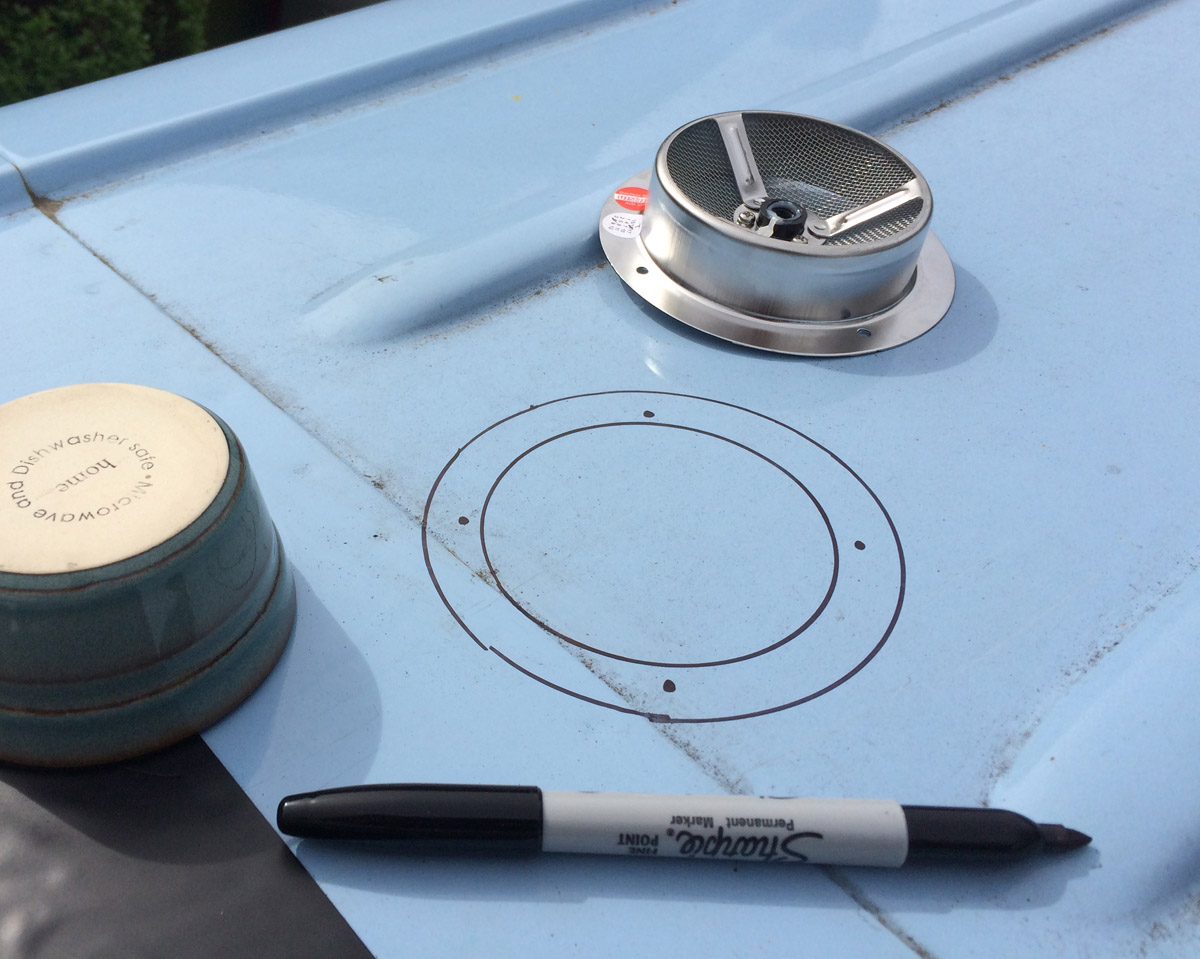 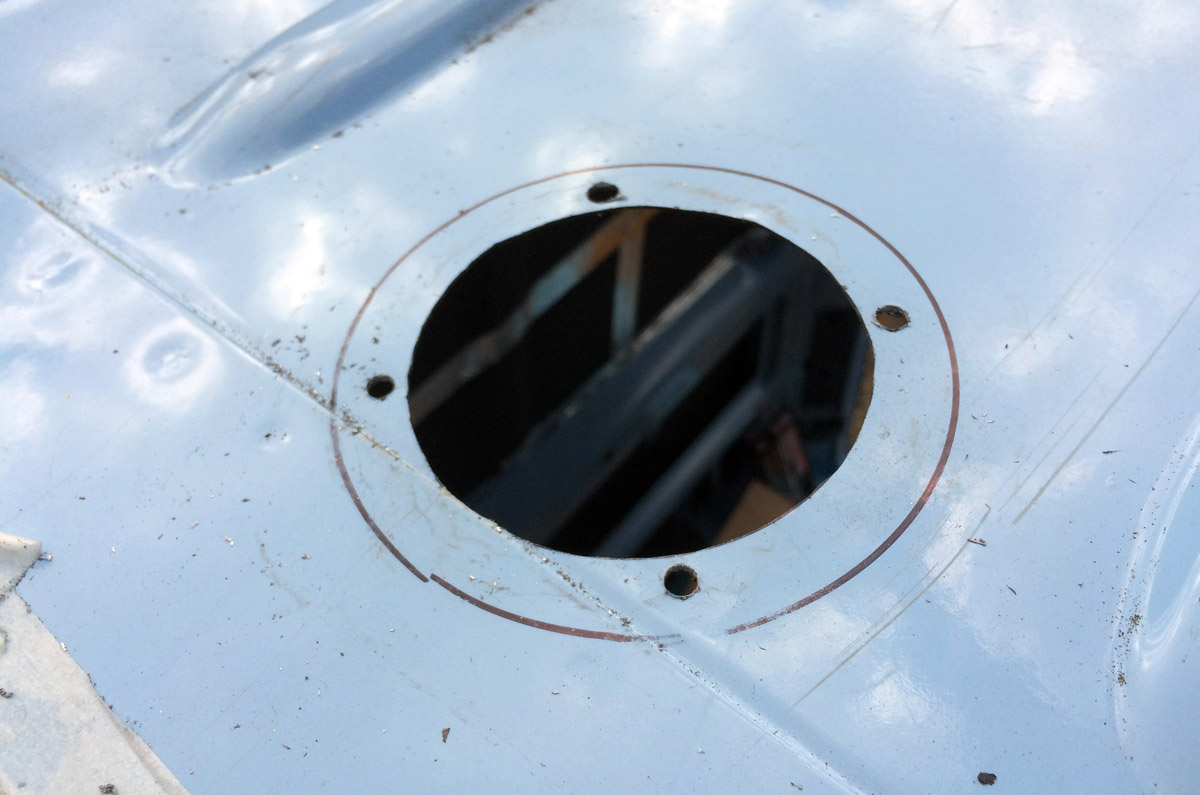 I used Sikalastomer to seal the gap, and stainless nuts and bolts to secure the vents. 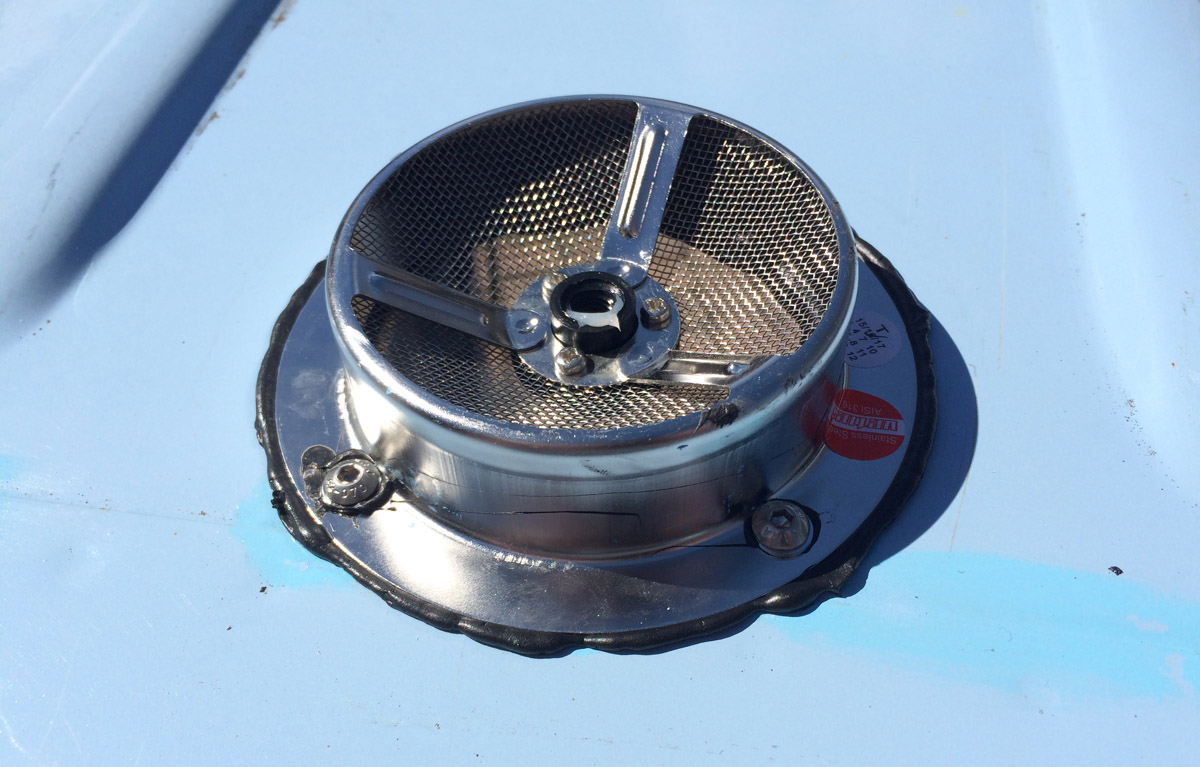 Finished the lot off with some trusty Eternabond. Nice. 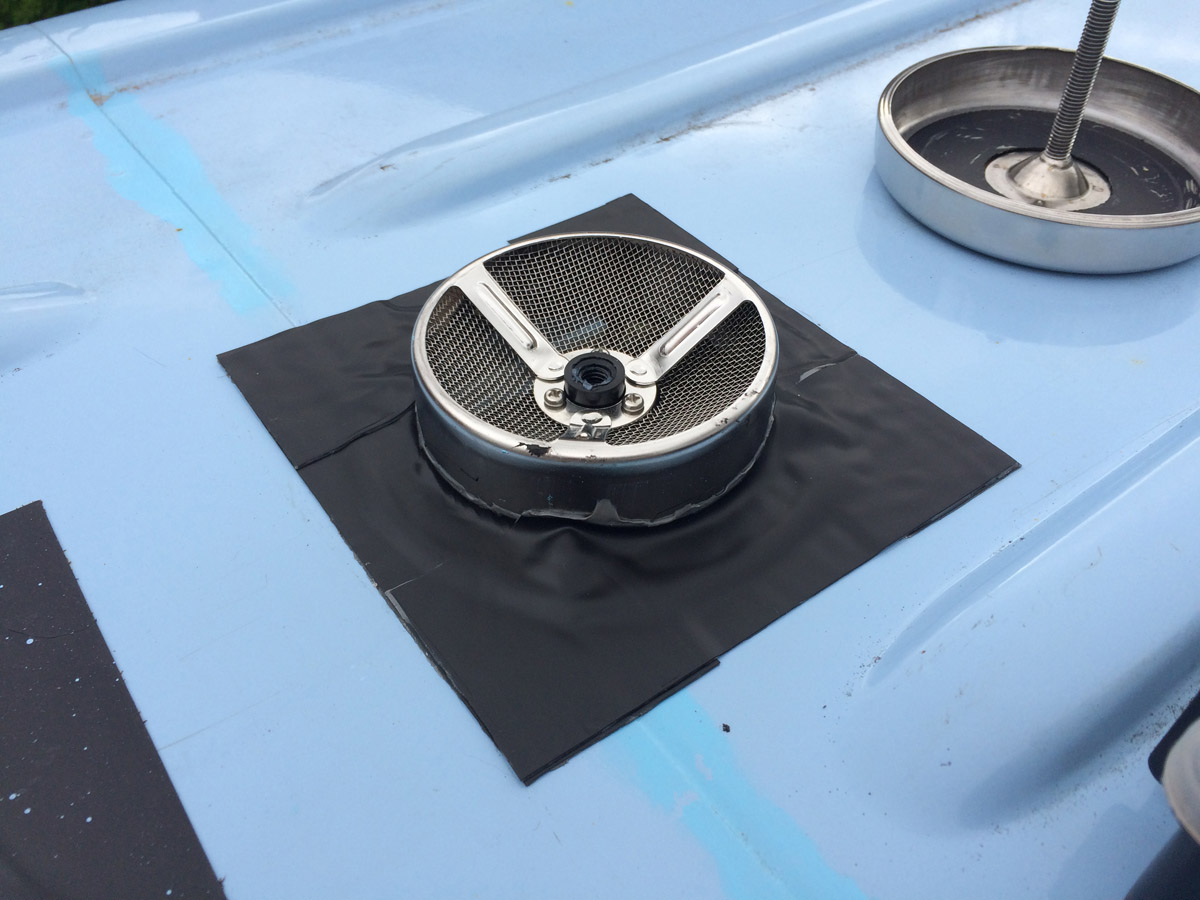 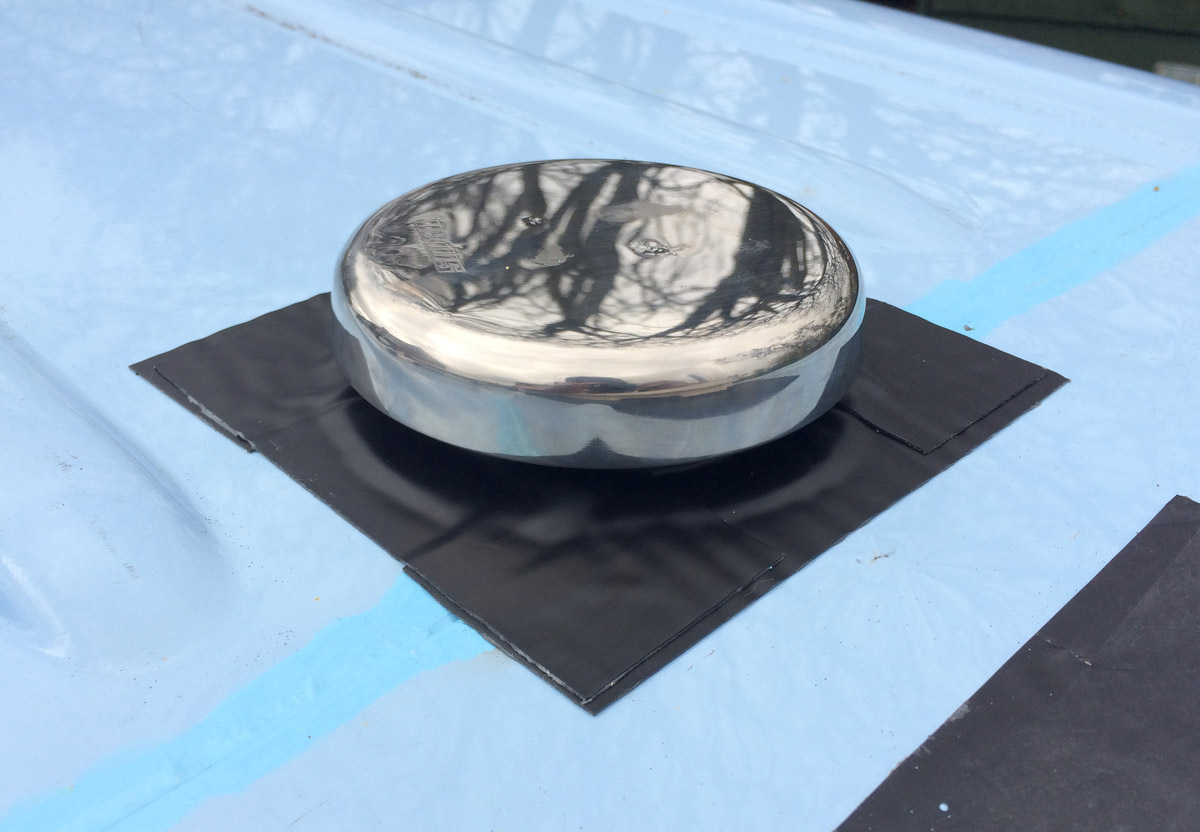 The seams were starting to look a little thin on top, although surely preserved by the respray from around 5-6 years ago. I think if they’d been left any longer I would have experienced rust and eventually leaks, so I took this opportunity to wire brush out any crusty bits and temporarily paint with Rustoleum before I fitted the vents. 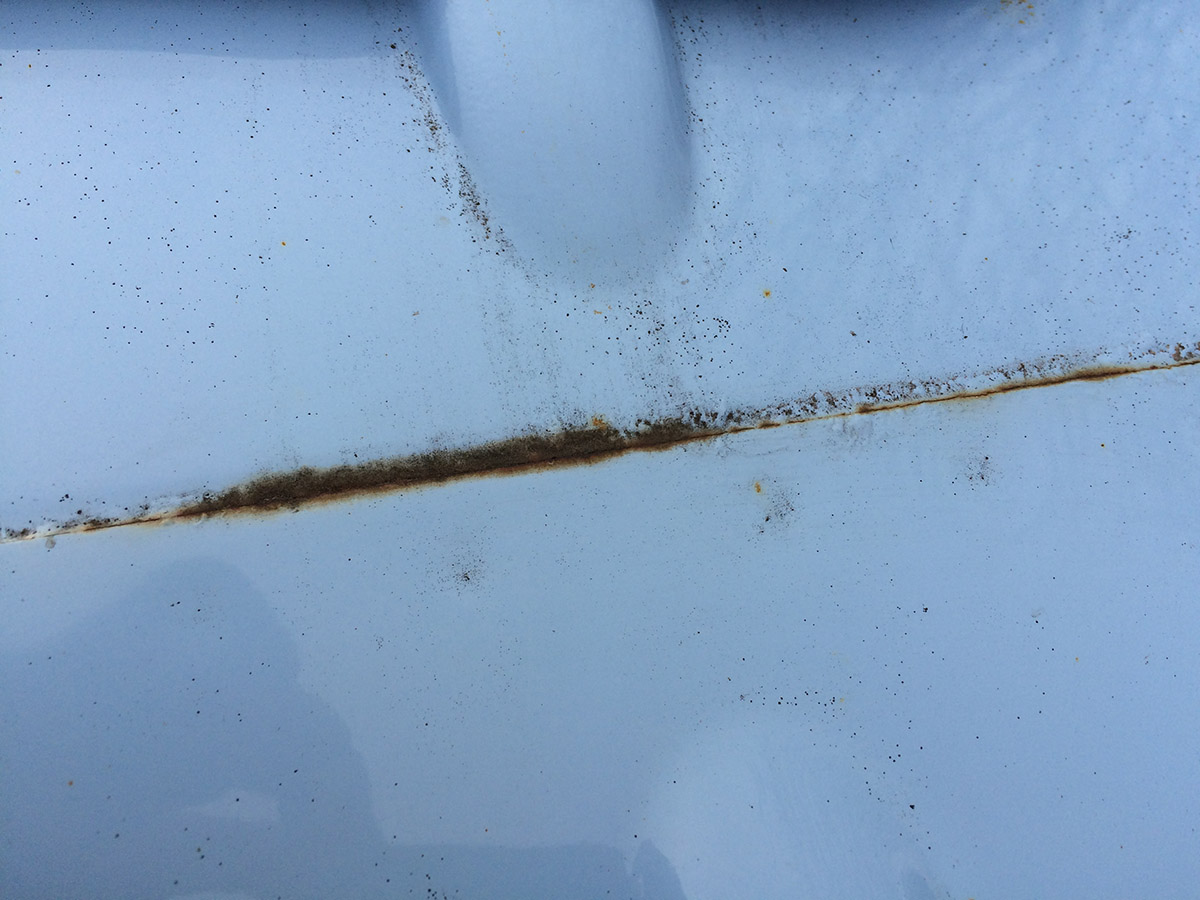 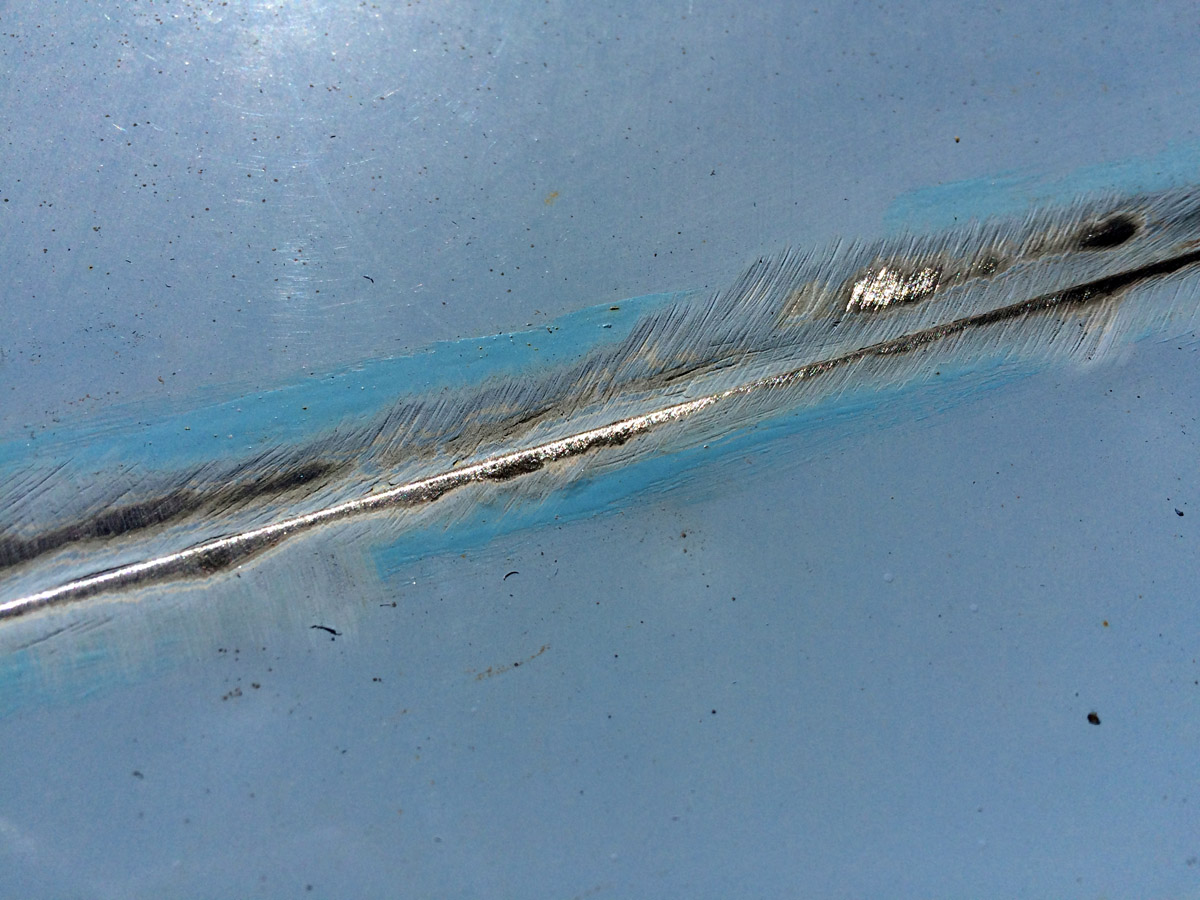 Fast forward a couple of weeks later, and working on the floorpan my old VW I had some leftover 2 pack Epoxy yacht primer mixed up – Jotun Jotamastic. This stuff is incredibly thick, tough and flexible, just the job for a Sprinter roof. I took back any remaining loose bits with a wire brush, masked off the seam around 1cm either side, scuffed the paint up and laid the epoxy on thickly, peeling off the tape whilst it was still wet. 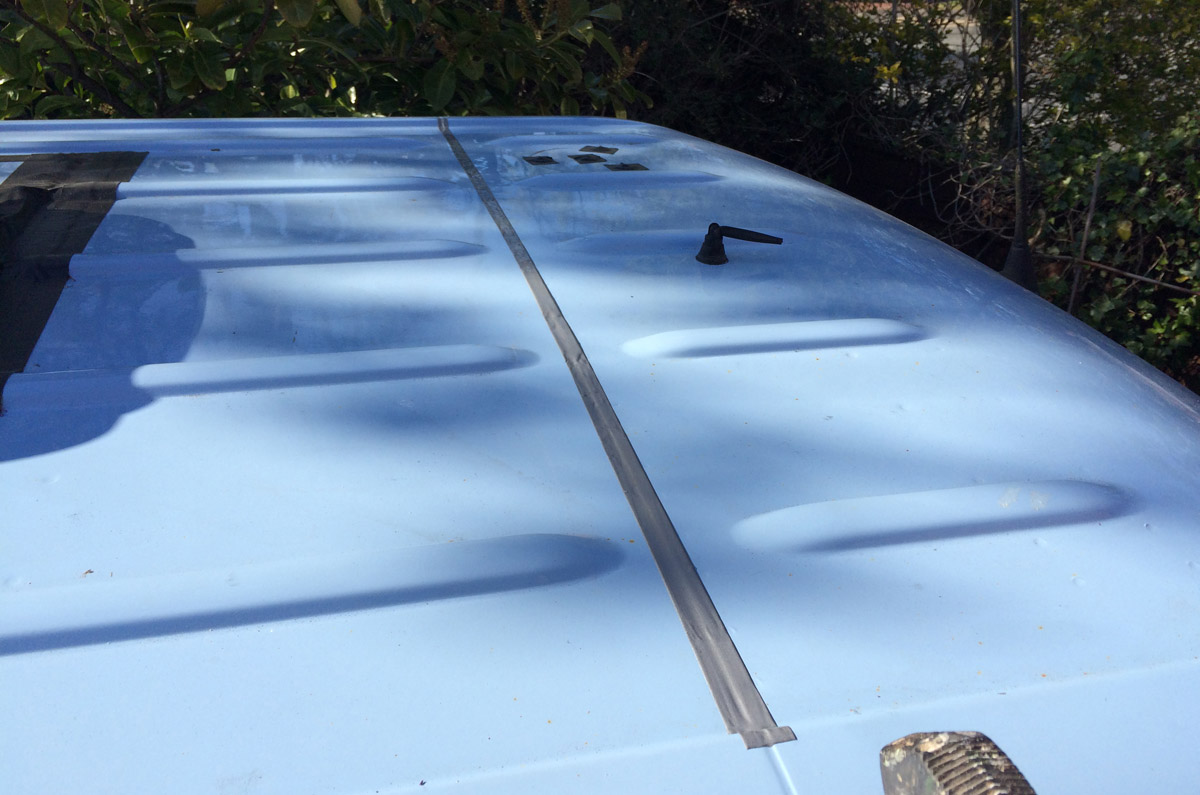 It’s silver, as you can see – and not ideal for long term UV exposure but two of the seams will be covered by solar panels so they should be fine left as is. The last one which will be exposed to the sun I’ll likely overcoat with body coloured aerosol at some point.