A few smaller jobs that are all kind of related but completed months apart are covered in this post.

First up is fitting a reversing camera. With it being a bigger van than I’m used to, and having no rear windows, I needed to put a reversing camera on so as not to end up inadvertently killing anyone or reversing off a cliff. I ended up with two in the end, as the first one I bought had non removable distance lines that were of no use, with my original mounting point being up on the roof. Good job the monitor I bought had two inputs.

As you can see, I made a small enclosure to keep it a bit drier than it would otherwise have been and painted it body colour – reasonably discreet. 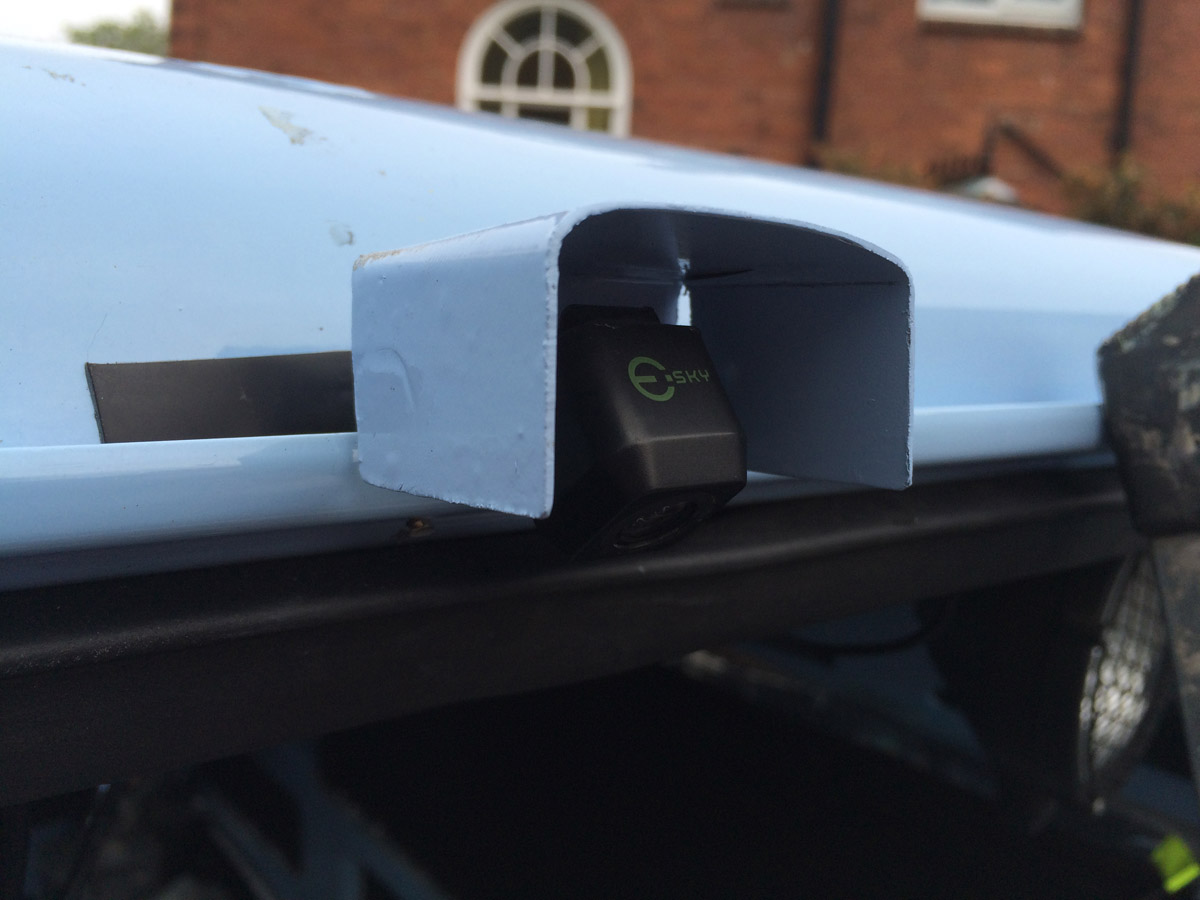 The lower down one was mounted to the rear step, again with a small enclosure. This is going to get the brunt of road dirt and water, so chances are it might not last as long. We shall see.

Both are Amazon cheapies, but the build quality and picture seems good, with them being cheap enough to replace should they not last. I sealed both of them up with epoxy, if that makes any difference… 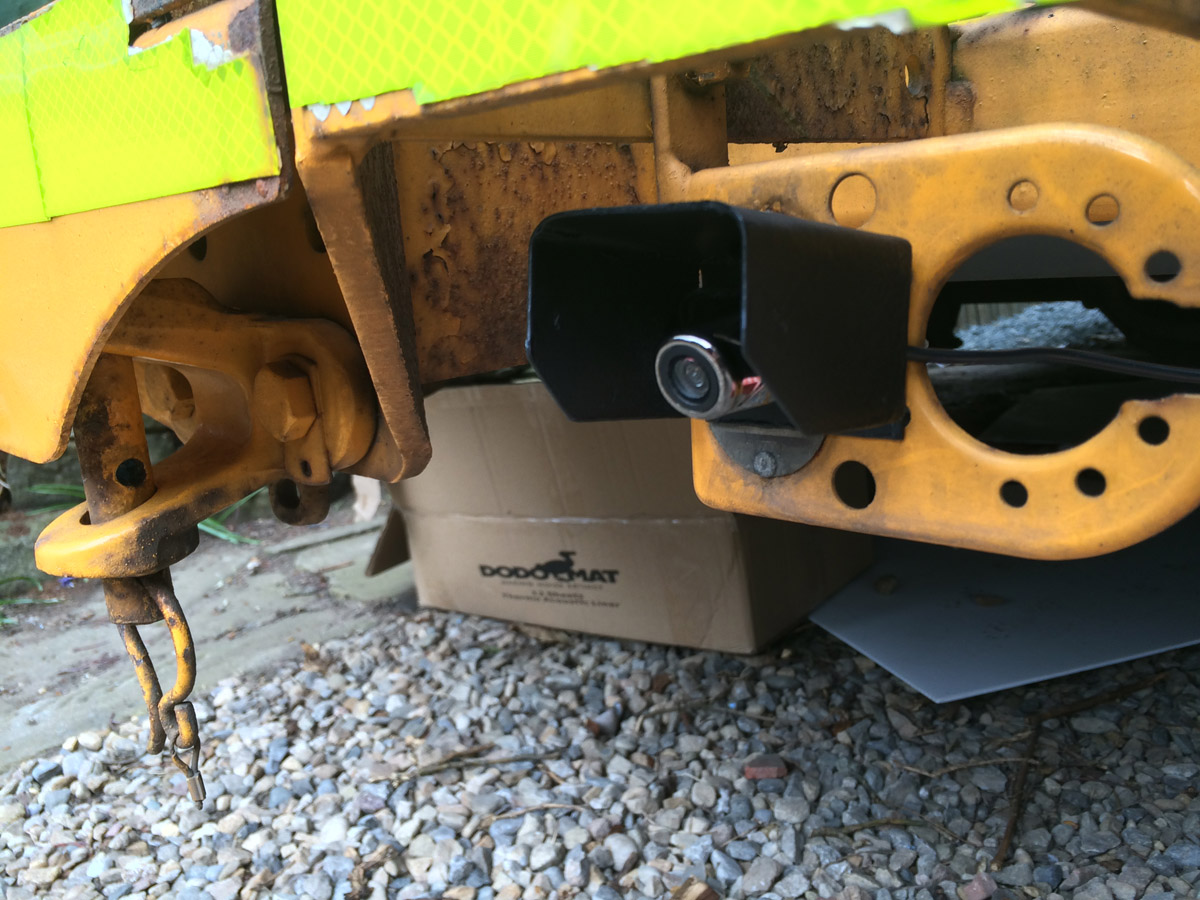 The screen itself is again a cheapo one, but does the job just fine. I bought it basd on the size, and the ability for it to be fitted into the dashboard – more on that later. Here it is below (and me) undergoing testing and lining up of the cameras. 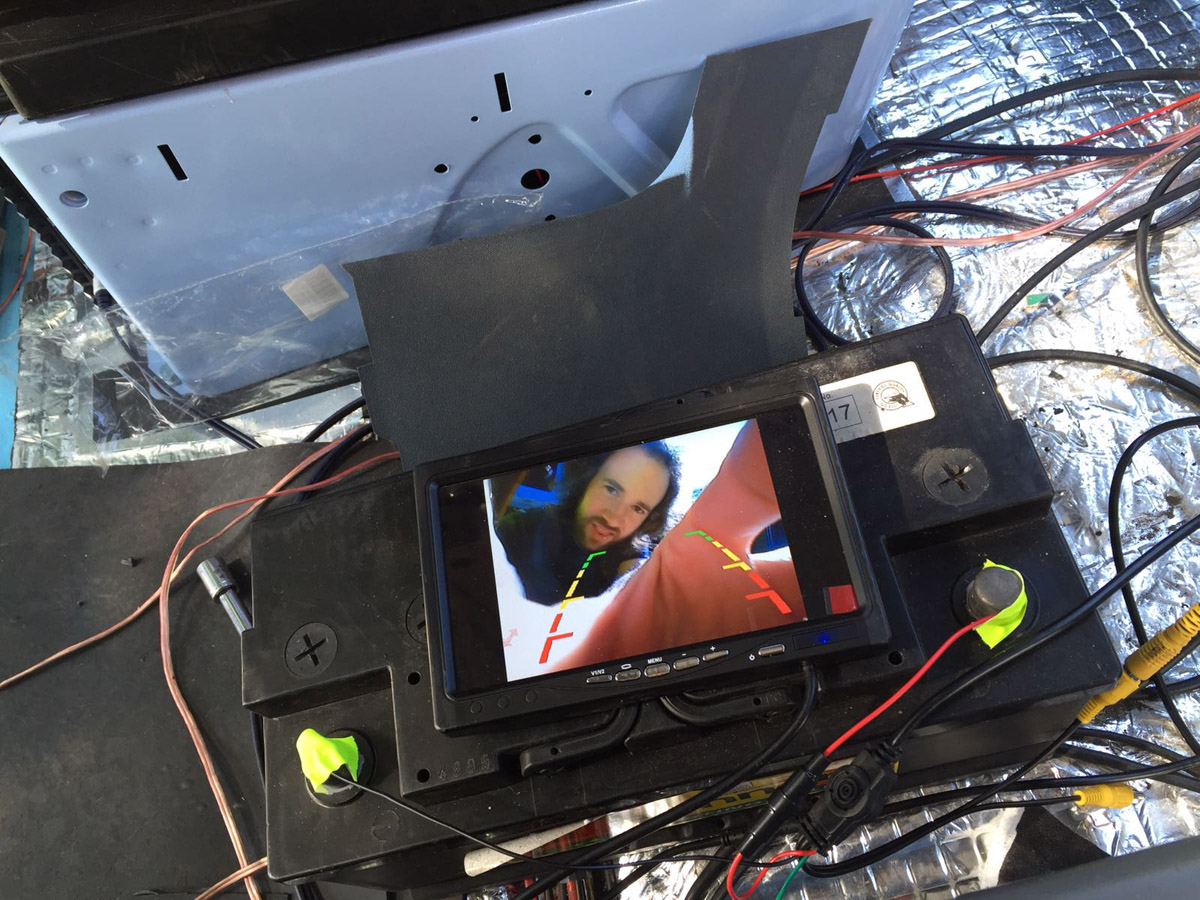 Another small job to finish up the exterior was a new badge direct from Merc – the original was removed and not replaced when the van was resprayed. Think I’ll leave the Mercedes decal off. 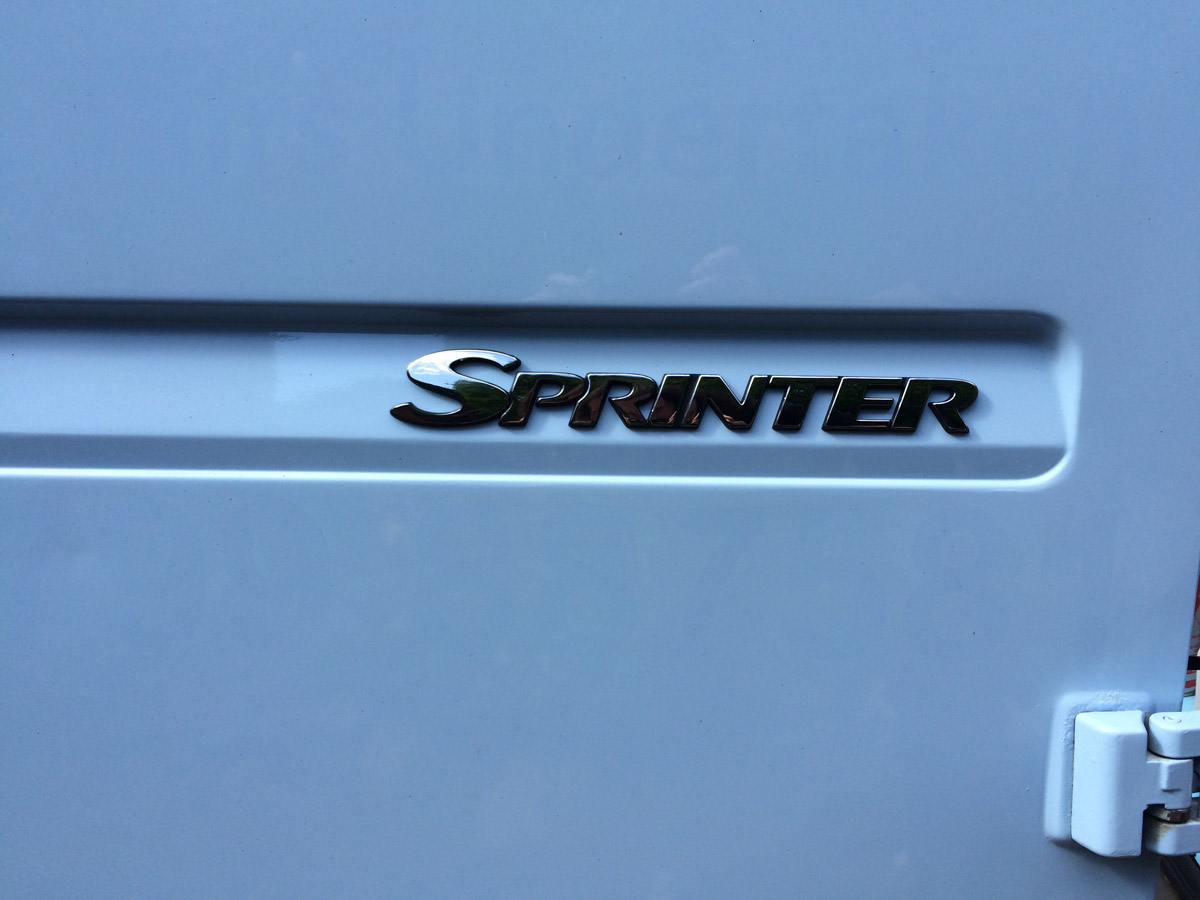 Next up – the wheels. Looking pretty sorry and rusted up, as is usually the case with steelies. Ideal world I’d have taken the tyres off, but as I’ll likely be switching out for alloys and/or new tyres at a later date, they were carefully masked, sanded, primed , painted and then lacquered. 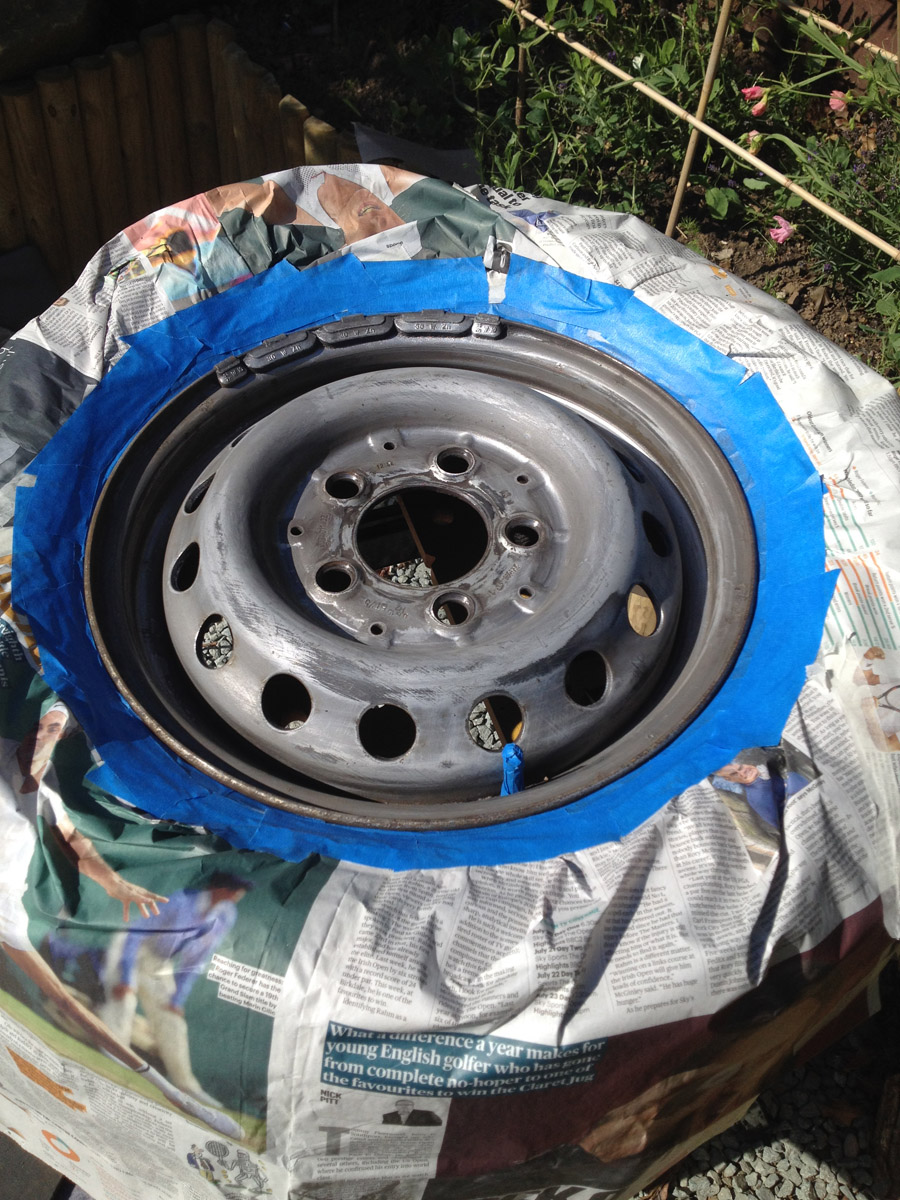 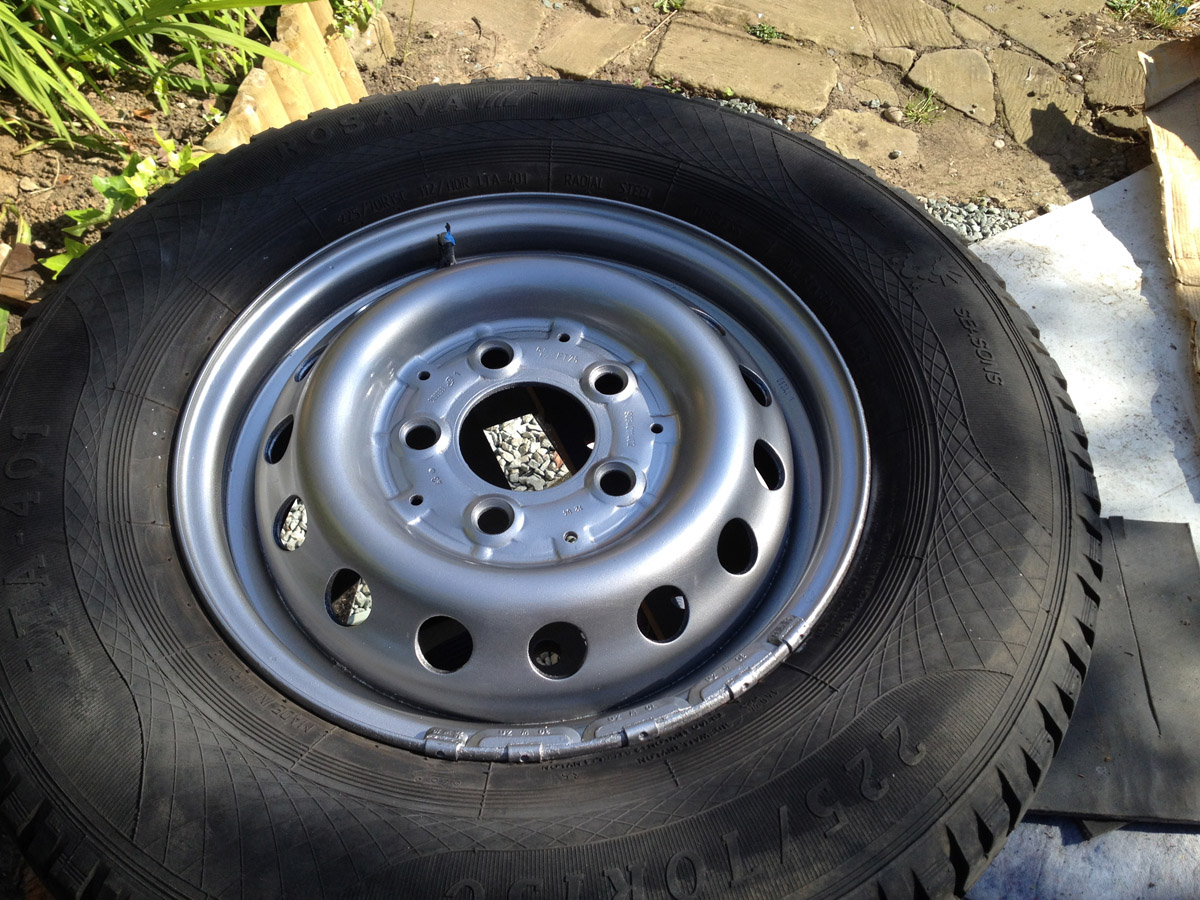 And all back on the van with new centre caps. Much improved! 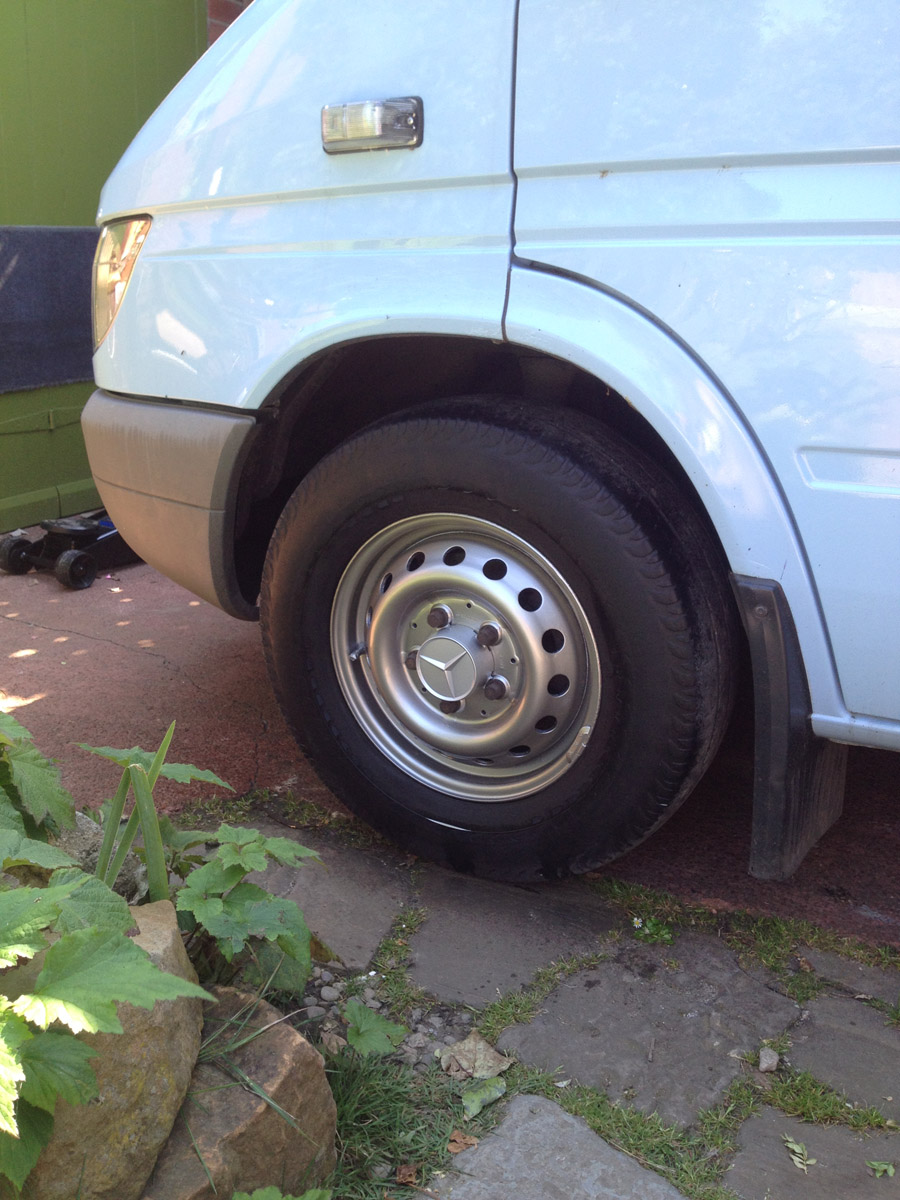 The original bumpers were also looking a bit ropey, and not wanting to paint them I looked at ways to tidy up their appearance. First up was using Poor Boys Trim Restorer – this looked great for a few days, then went streaky in the rain – no good at all. I did use it on the interior plastics with good results, though. 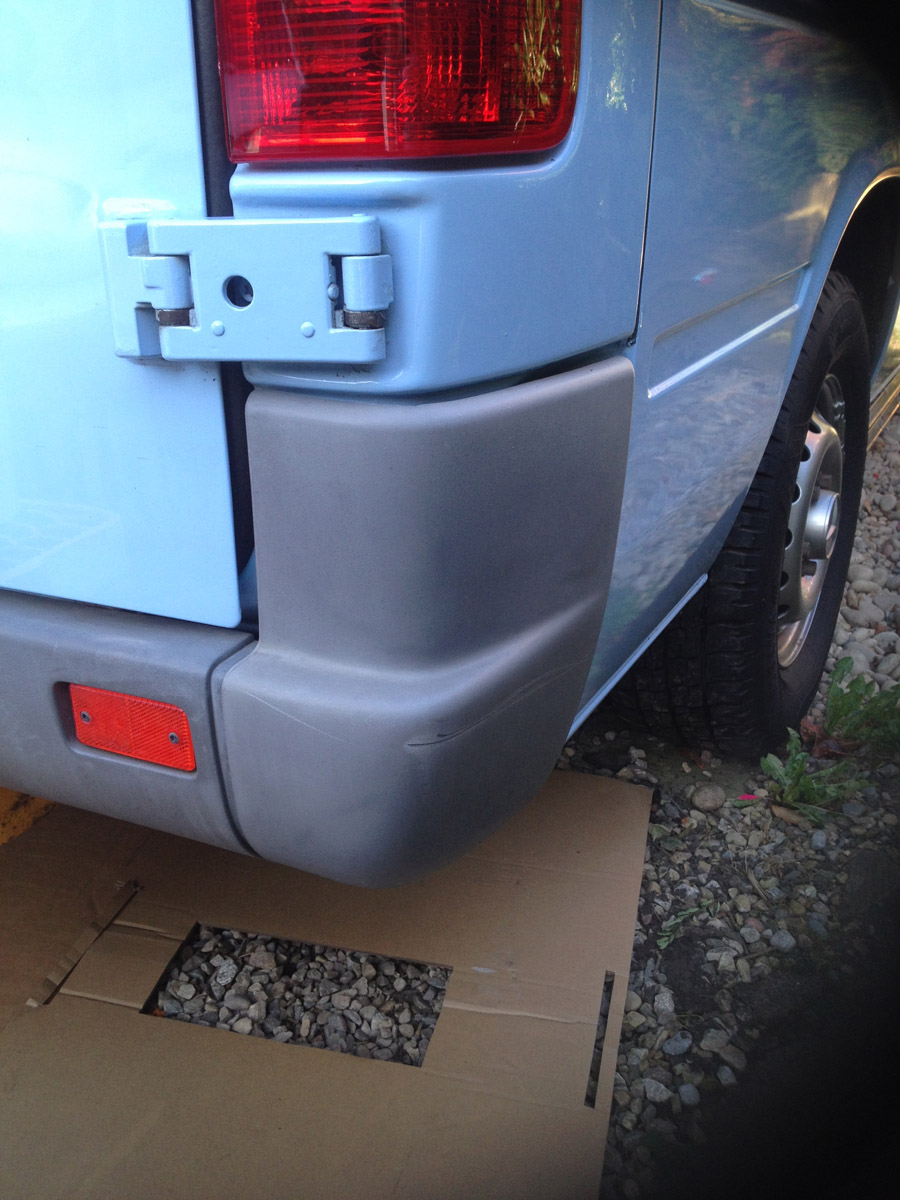 After reading up about Wurth Plastic dye I decided it was worth a go. It’s isn’t cheap but the reviews were great so figured it would be worth a try. It’s applied using a sponge, and is, as the name suggests, more of a dye than something that will freshen up the plastic. Goes on well, and once dried looks incredible. I needed a few coats on my bumpers, and chose black initially which on reflection wasn’t quite right. So the rear bumpers were redone in dark grey after these photos. Masking off is essential, once dried this stuff is hard to get off the paintwork. 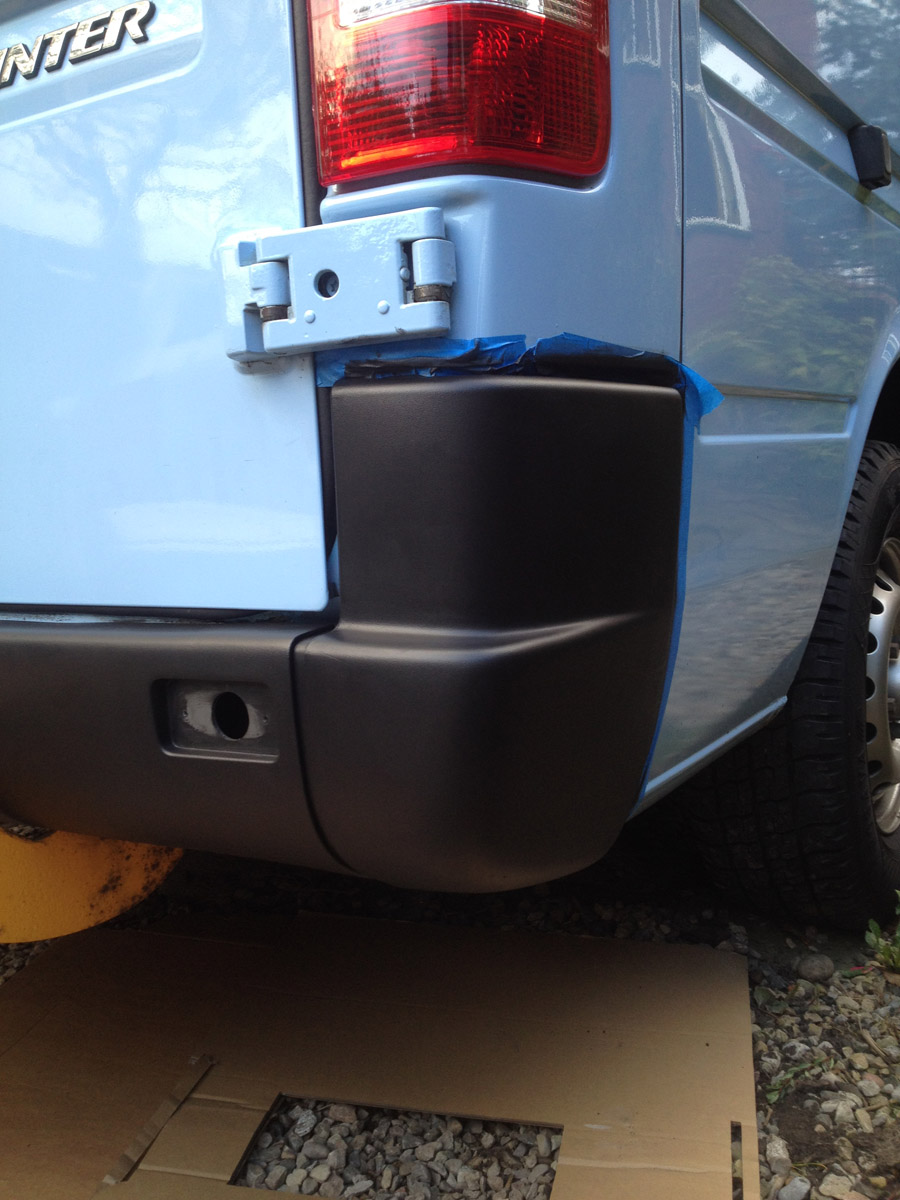 See also new all red rear lenses fitted, never a fan of orange indicators on anything. 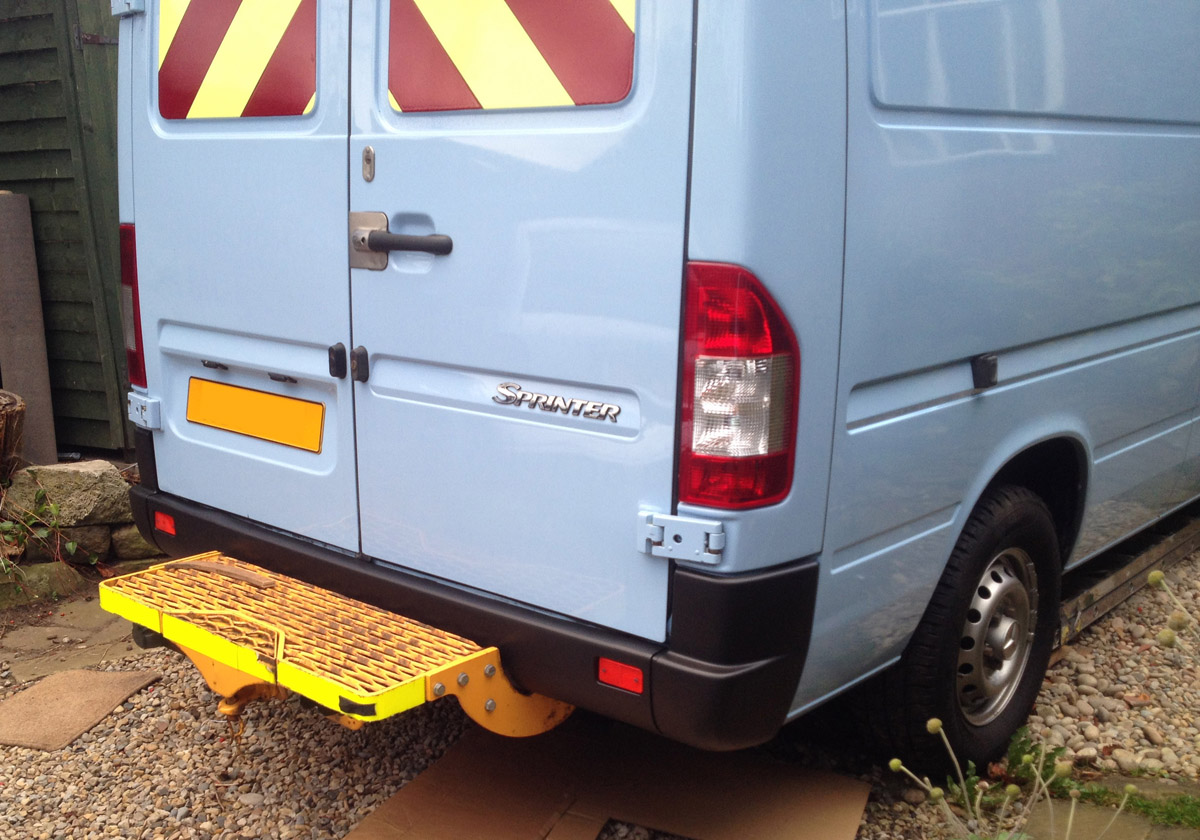 The front wasn’t much better beforehand: 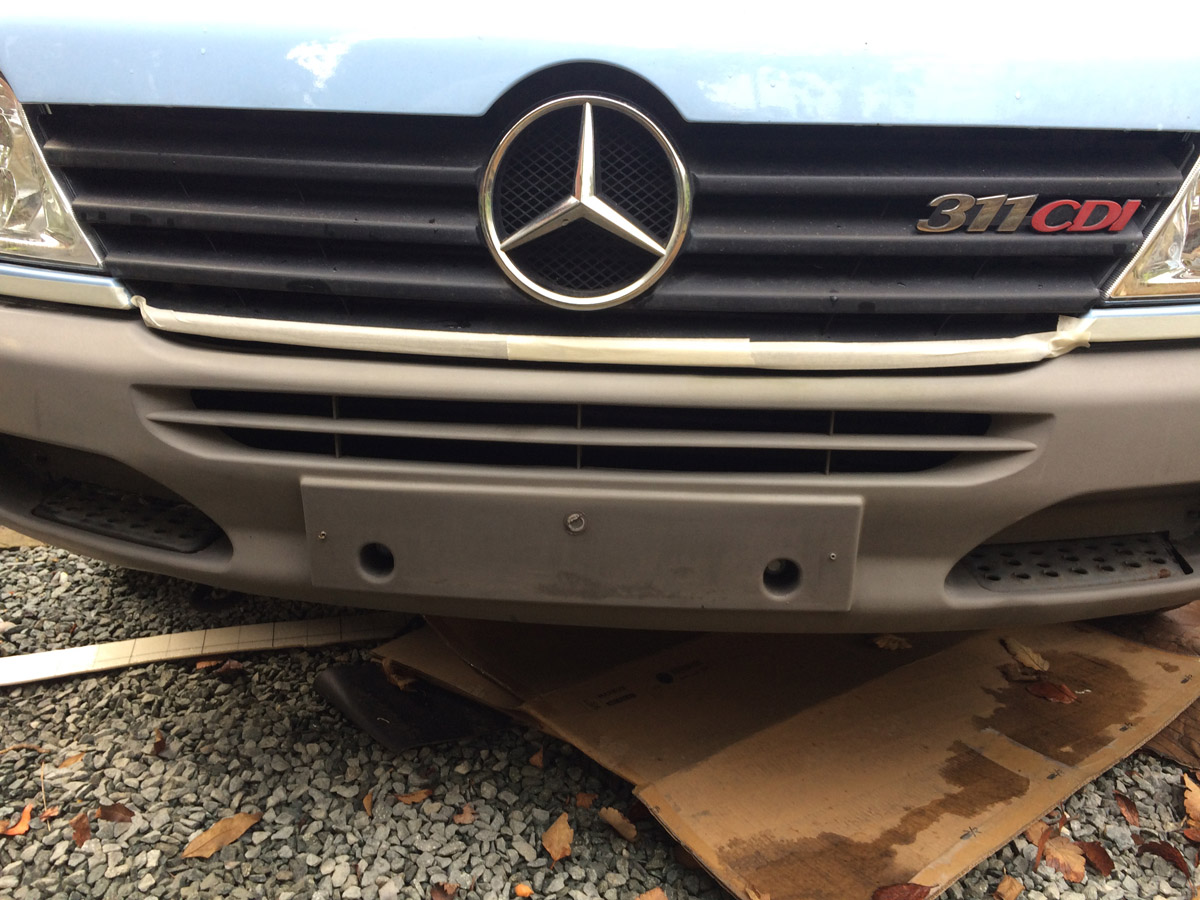 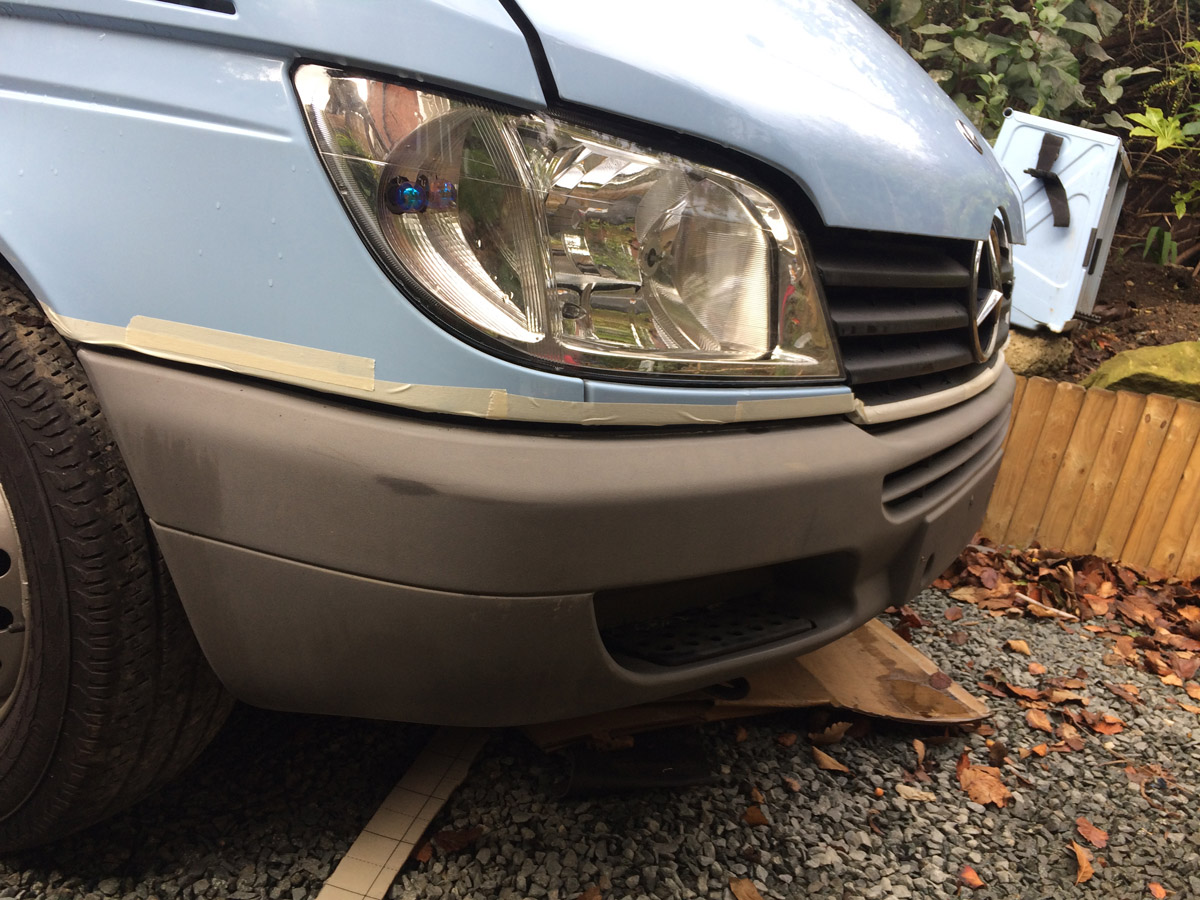 But after a few layers of the Wurth Dye – incredible. Better than new, arguably. I did the mirror plastics with the black Wurth, look as good as new too. 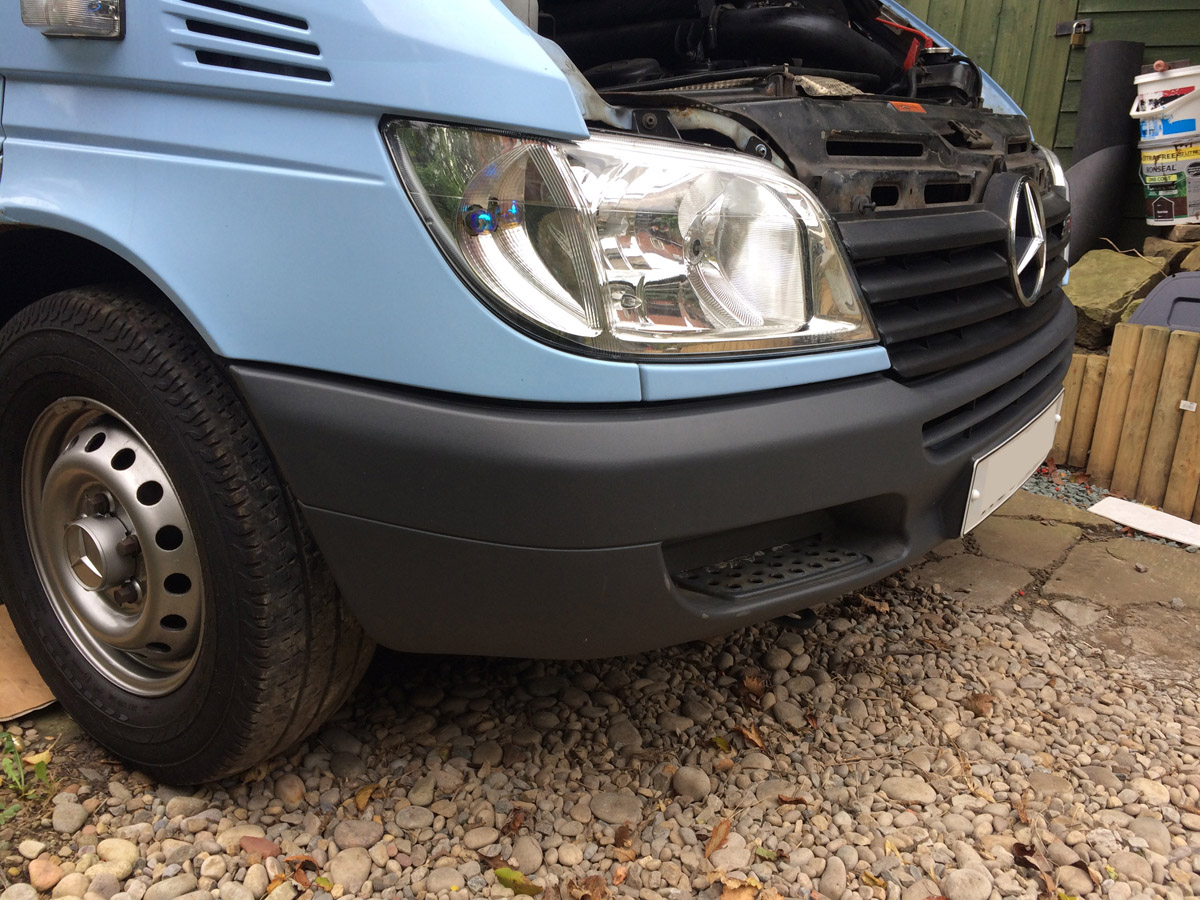 And another shot, bonnet slightly open…Also fitted clear side repeaters to further lose any orangeness. The original headlights, whilst intact, were looking really yellow and cloudy. I polished one up with G3 and that improved things a lot, but ultimately I think they let the van down so went for some new Hella clear lenses with Osram Diadem indicator bulbs. Much cleaner. New wiper blades and pressed metal plates have also been fitted, which leaves the outside mostly finished. Looks a lot cleaner and less rusty than most newer Sprinters! 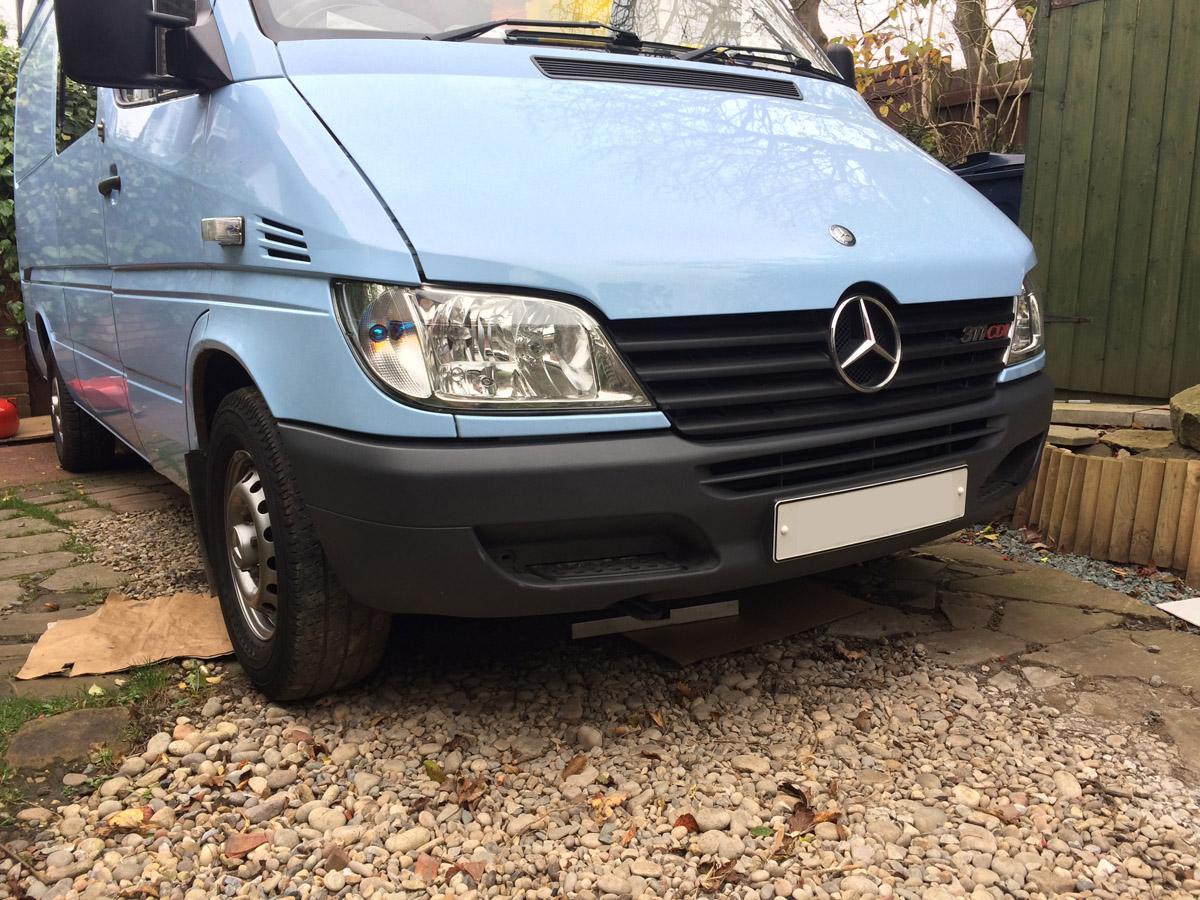